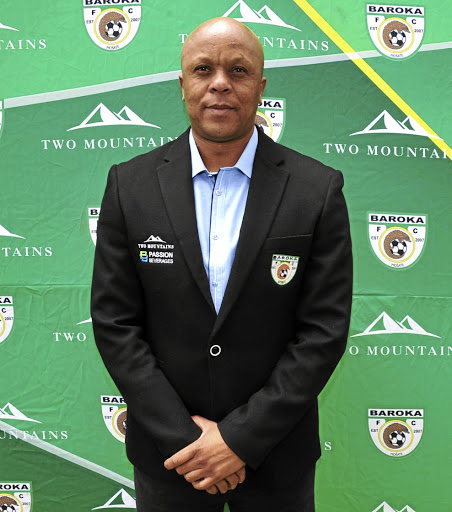 Doctor Khumalo, the technical director of Baroka FC, is said to be next in the firing line by the trigger happy club. / Philip Maeta/Gallo Images

Doctor Khumalo will return to his position of Baroka's technical director next season.

The Kaizer Chiefs legend has been handed the head coach duties since their match against Bloemfontein Celtic at Peter Mokaba Stadium yesterday. Baroka's last match will be against SuperSport United at Lucas Moripe Stadium on May 12.

This followed a meeting where it was decided by the management that they were not safe from relegation and needed help, which saw McDonald Makhubedu vacating the hot seat for Khumalo.

Makhubedu remains a part of the team as technical adviser.

Khumalo will not be taking the head coach position on a permanent basis, though.

Sunday World has learnt that the Serbian Kosta Papic and former Chippa United coach Teboho Moloi are some of the coaches in the running for the job.

In the meantime, Khumalo will remain in charge but it's only a temporary arrangement.

Downs clinch it in fine style

"No, no, the mandate is clear. He must just finish [the season] and go back to his technical director post," Baroka chief executive Morgan Mammila said.

"We will have a new coach by the beginning of the season and we are busy with that now.

"We have received CVs and we are looking at those, then we will take it from there.

"Doctor is on the panel of those who are interviewing the coaches."

Makhubedu was in charge on a temporary basis since the club's head coach Kgoloko Thobejane was dismissed last month.

Thobejane has since taken Baroka to the CCMA.