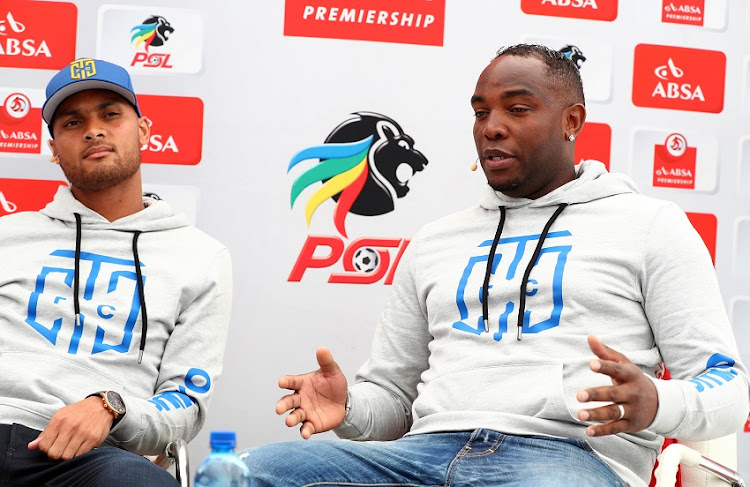 Cape Town City coach Benni McCarthy is hoping to sign a central defender before the start of the Absa Premiership season and adds he would welcome a return to the club for former captain Robyn Johannes.

McCarthy believes the return of Johannes would make his side genuine title-contenders and is hoping a deal can be worked out with BidVest Wits‚ who snatched up the 32-year-old on a pre-contract ahead of last season.

Injuries to Taariq Fielies‚ Edmilson and Kouassi Kouadja‚ as well as the sale of Kwanda Mngonyama to Maritzburg United‚ have left McCarthy short on experience in the heart of his defence.

Johannes made 25 appearances in all competitions for Wits last season‚ but there has been talk he could exit the club. “I could still do with one or two more players‚ I don’t want to be too greedy‚” McCarthy says.

“Centre-back is a worry because Kouassi still needs time. Fielies will be out for another couple of months with having his appendix removed and the subsequent complications.

“The only recognised centre-back I have is [Keanu] Cupido and it is a worry. We have some youngsters‚ but they are not tried and tested yet. You can’t go into a tough season‚ where I want to win the league‚ with younger players.

“You will maybe get away with it for a game or two. The Baroka game is away‚ you need an experienced squad‚ so if I could add a decent centre-back to the mix‚ I would be fine.

“I would rather worry when Fielies and Kouassi come back‚ who am I going to leave out. But not having any of them is a problem.”

McCarthy is hopeful something can be done to bring Johannes ‘home’.

“Johannes would be ideal‚ getting him back‚ just to put a name out there! I’m not saying I will get him‚ but he would not be a bad one at all‚" he said.

“The shift that will happen if you get a player like Johannes‚ you become definite title contenders. The chairman [John Comitis] is working on it‚ so we will see.”

City open their Absa Premiership campaign away at Baroka FC on August 3.