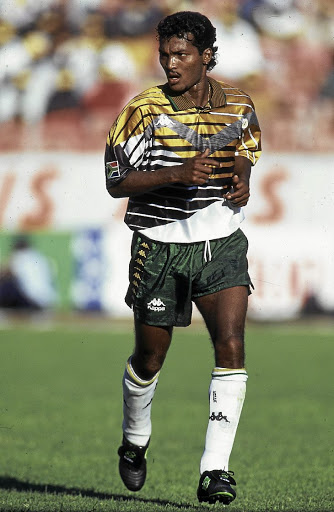 Having been knocked out of the ongoing Africa Cup of Nations (Afcon) in Egypt, the future of Bafana Bafana coach Stuart Baxter looks rather uncertain.

It was Wednesday's 2-1 defeat at the hands of traditional Nemesis Nigeria that saw Bafana crash out of Afcon.

In the wake of Bafana's elimination, some section of SA society has made it clear they no longer want Baxter at the helm. The calls for the ex-Kaizer Chiefs mentor to resign have been gaining momentum, especially on social media.

Yesterday, #BaxterOut was the top trend on Twitter. One of the people who have had enough of Baxter is former Bafana winger Brendan Augustine, who boasts 30 senior national team caps. The 47-year-old wants Cape Town City coach Benni McCarthy to succeed Baxter.

"I think he [Baxter] has had his fair chance . he has had enough time to deliver. We need someone else now.

"I feel we need someone who has experience of playing football and coaching," Augustine, who now serves as head of sports at North Riding High School in Randburg, said yesterday.

"For me, someone young like Benni can do the job. We need a young coach with fresh ideas. It must also be a local coach who can relate to the players. Benni ticks all the boxes for me."

However, another erstwhile Bafana player, Matthew Booth, is of a different sentiment. The ex-Mamelodi Sundowns defender has urged SA Football Association (Safa) to retain Baxter.

"I would stick with him [Baxter]. Safa must keep him. I can see with this core group of players that the team is going somewhere. It shouldn't be tampered with too much and the best way to avoid that is to keep the coach," Booth, who has 28 Bafana caps, noted.

Former Bafana coach Gordon Igesund echoed Booth's views. The 62-year-old mentor, who was at the helm of Bafana when they bombed out of Afcon in the second round on home soil in 2013, feels Safa must prioritise continuity.

"We cannot keep on chopping and changing coaches every now and then. There should be continuity. I was fired for losing only two competitive games and Pitso Mosimane again was fired . it did not help. So I say Baxter must stay put," Igesund stated.