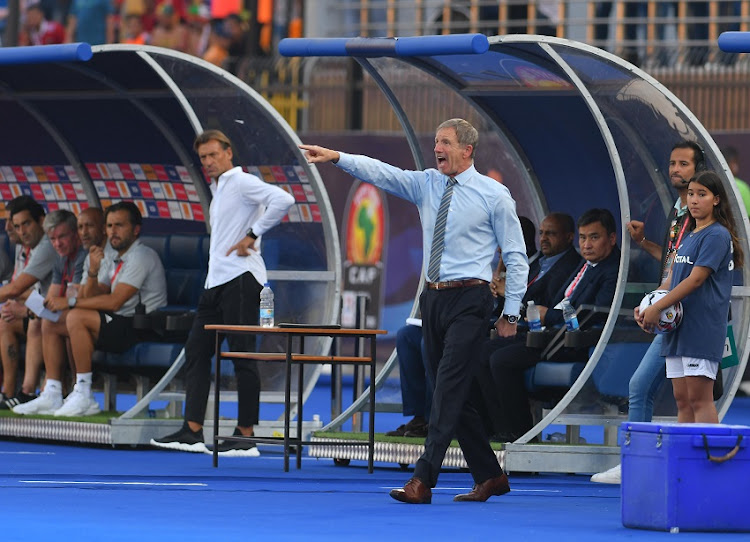 Losing attacking midfielder Themba Zwane for the crunch last-16 clash against hosts Egypt at the imposing Cairo International Stadium is a big blow but opens the door for someone else to shine‚ Bafana Bafana coach Stuart Baxter has said.

Zwane‚ who has been South Africa's best attacker in a not overly inspiring attack so far at the Africa Cup of Nations‚ picked up his second yellow card in Bafana's final group match against Morocco.

Zwane‚ who is capable of finding space against monstrous opposition and tight patterns‚ is suspended for Bafana's classic clash of no-hopers against fancied hosts tonight (kickoff 9pm).

That the winger was a tormentor of Al Ahly in Mamelodi Sundowns' 5-0 thrashing of the Cairo giants in the past Caf Champions League‚ a result still much talked about in Egypt‚ removes a player who Egypt might have feared from the equation.

Baxter will look to Lebohang Maboe‚ Sibusiso Vilakazi and Thembinkosi Lorch starting or from the bench to step up and he has indicated that he wants Bafana to be considerably more attacking against the Pharaohs. Bafana have nothing to lose but Egypt have all to lose largely because they are hosting the tournament.

“Themba's been playing very well for us‚ and he's a very important part of the team‚” Baxter said in his pre-match press conference at Egypt's 75‚000-seat Cairo International cauldron on Friday.

Baxter said midfield workhorse Dean Furman‚ who has been out since SA's opener against Ivory Coast with a calf injury‚ trained most of Thursday's late afternoon session at Bafana's Aero Sports Club practice venue.

“Dean Furman trained yesterday and trained quite well. We took him out as a precaution towards the finish and we're waiting to see the reaction to that training this morning‚” the coach said.

“So while I'm here he's being tested by the doctors and the medical team will tell me if he can take full part in our training this evening. And if he can‚ then he will play.” Bafana‚ who beat Namibia 1-0‚ qualified as the fourth-best third-placed finishers.