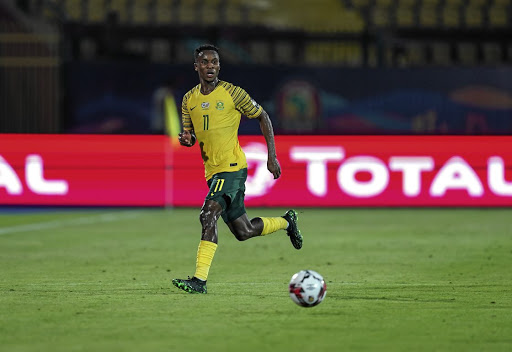 Former Bafana Bafana coach Augusto Palacios feels the national team can count themselves lucky to have qualified for Afcon last 16.

Bafana sneaked into the next phase of the competition from Group D after they ended as the fourth-best third-placed group finishers. SA required favours from other teams in other groups to proceed.

Palacios admitted that he is not a fan of the system of having teams in third position qualify from their groups. "For all the teams that qualified as number three, it is luck. That's not football for me," he said.

"First of all, I do not agree with the new system in football of third-place finishers qualifying. For me the top two teams in the groups must go to the knockout stages.

"This affects the credibility and quality of the game. Only the best must advance and that is two from each group. I think this is done to extend the competitions and get more TV money but this is not right."

Bafana coach Stuart Baxter has been criticised for his tactical approach and poor use of substitutions. SA advanced to the next round after scoring one goal in three games.

The Peruvian-born mentor, who coached Bafana in the 1990s, did not want to put the blame on Baxter. "I don't want to criticise a colleague about tactical aspects but what I know is that we have players who can attack in the squad."

SA will now face hosts Egypt at the Cairo International Stadium on Saturday. Palacios wants to see a positive approach from the team.

"We need to play attacking football and not fear them. We need to show why the PSL is the best league in Africa. We have players like Thembinkosi Lorch, Themba Zwane and Percy Tau who know how to play in Africa."

However, Zwane is suspended for Saturday's match.

The Bafana Bafana players received an early Christmas present on Tuesday night after they were guaranteed to earn a bonus of R320‚000 each for ...
Sport
2 years ago

SA sports fans lashed out at retired midfielder Steven Pienaar after the former Bafana Bafana captain took to Twitter to make a comment about the ...
Sport
2 years ago
Next Article