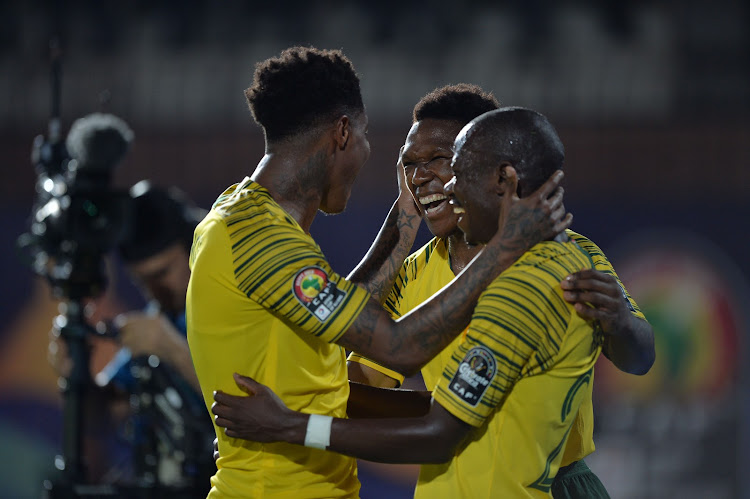 The Bafana Bafana players received an early Christmas present on Tuesday night after they were guaranteed to earn a bonus of R320‚000 each for progressing past the group stage of the 2019 Africa Cup of Nations.

Coach Stuart Baxter's unpredictable charges sneaked into Last 16 stage after joining Guinea‚ the Democratic Republic of Congo and Benin on the third-placed table.

Bafana will now meet tournament hosts Egypt in the Last 16 stage on Saturday night‚ but they made heavy weather of their qualification after needing favours from elsewhere to reach the knockout stage.

South African Football Association (Safa) president Danny Jordaan told SowetanLIVE a few days ago that while Baxter does not have a mandate at this competition‚ their expectation is that Bafana progress to the last-16.

“We expect them to go to the second round‚ at least‚” the Safa president said.

“That's why we have a bonus structure‚ to go to the second round.

"Because it's no use you win one match‚ win this match.

With such a structure‚ Bafana earned no bonuses for matches they won in the opening round - only the lump sum if they reached the Last-16.

Bafana reached the Last 16 after a confusing set of mathematical permutations saw Bafana finish in fourth place on the third-placed table‚ and past the group stage at an African Cup of Nations for the first time since reaching the quarterfinals on home soil in 2013.