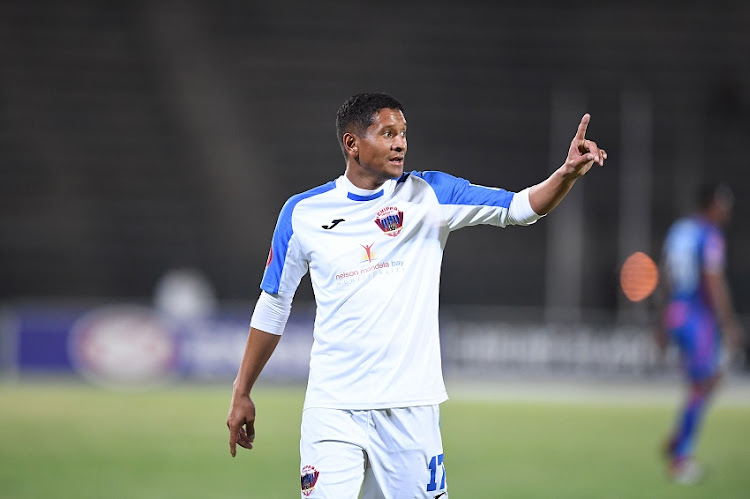 Daine Klate is in Ireland completing the first part of his UEFA A license with a career in coaching very much on his future radar.

But the 34-year-old is still not ready to call time yet on his record-breaking career‚ even though his future is somewhat uncertain.

Klate has Bidvest Wits assistant coach Paul Johnstone and a bevy of top ex-professionals for company as they complete the UEFA A1 course offered by the Irish Football Association‚ a week after Fadlu Davids and Steven Pienaar were among the students completing the A2 section.

For Klate‚ it is an investment in his future and the obvious next step in a glittering career that saw him win six Premier Soccer League titles -- a record that was only just matched by ex-teammates Hlompho Kekana and Dennis Onyango.

The course with the football association in Northern Ireland allows professional players to fast track their way through the UEFA B coaching license and move swiftly onto the A license although to complete the course Klate will have to return for more modules.

He has been overseas for a week already and competes this part of the course next Monday after which he will return to discuss his future at Chippa United.

“When I get back I‘ll have to sit down and discuss the future.

"There is an option on my contract and I’ve had a chat with coach Clinton Larsen.

"My contract still runs to the end of June‚ so I have to report back for the start of the pre-season on June 24 and we’ll see what happens from there‚” he told TimesLIVE.

“I still believe I have another few years in me to play.

"I still have the desire and passion.”

But he obviously also has his eye out for coaching opportunities and if one came now he would have to make a difficult choice.

“Should anything arise at a club where I can be part of the technical team then I would also have to look at that‚” he said.

Klate made only six starts and competed in less than half the games that Chippa played in a struggling season in which they needed a last-gasp win on the final day of the league campaign to keep up their top-flight status.

“I don’t want it to end this way‚” he added as he reflected on the hope of finishing his playing career with the flourish that befits his achievements.