Klate has confidence in Larsen to save Chilli Boys 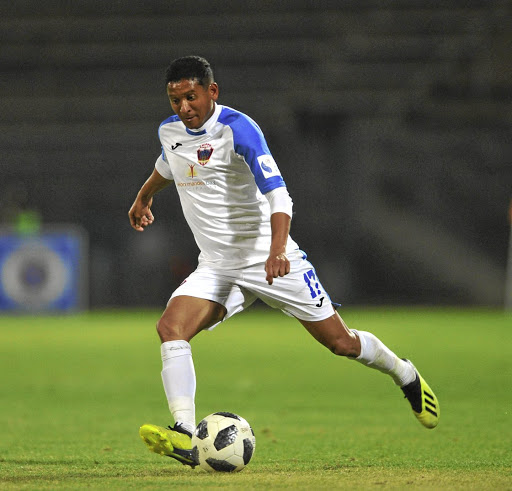 Daine Klate of Chippa United is loving it at his new club and thinks coach Clinton Larsen is doing a good job.
Image: BackpagePix / Sydney Mahlangu

Chippa United winger Daine Klate acknowledges that the Chilli Boys haven't been hot this season and are yet to even reach 20 points.

Behind the scenes, however, Klate has seen enough since Clinton Larsen took over as head coach. He thinks that there's light at the end of the tunnel for one of the league's strugglers.

The 34-year-old has retained hope that from now on, Chippa would climb up the table from the relegation zone and not look back.

"The season hasn't been going as planned and we are not in a good position in the league," admitted the former SuperSport United, Orlando Pirates and Bidvest Wits star, who's considered the most decorated player in the league having won over 15 trophies with his former clubs.

Speaking to Sowetan, the Port Elizabeth-born player was adamant Chippa are now on the right path after some coaching changes that saw Larsen take over the reins from Joel Masutha.

"The coach has come in and has done very well. You know, he's applied himself and I think the players have responded very well.

"I think he's done exceptionally well. The first day he came in, he was up front with us and told us what is expected - what he likes and doesn't like," he continued.

Klate, who joined Chippa at the beginning of the season, is loving life being back home for the first time on a permanent basis in 19 years since leaving for the Transnet School of Excellence at the age of 15.

"Yeah, I think I'm still getting used to things and how it's done. I'm there to learn as much as I can, having achieved so much at all the other clubs I played for. I felt I can go to Chippa and make a difference not only football wise, but also in the dressing room, as well as how the club operates.

"Hopefully, it's going to be a long-term thing ... being back home is nice and I'm enjoying myself in PE," said Klate, who is on a three-year contract.