Polokwane City to keep the core of the team 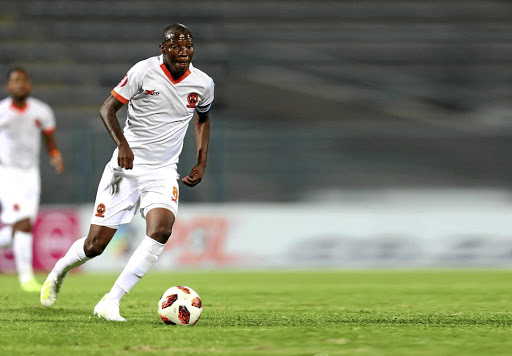 Having just emerged as one of the surprise packages of the just-concluded season, Polokwane City aim to apply the "if it's not broken, don't fix it" approach by keeping the bulk of their squad for next season.

"We are not like those clubs who change 15 to 20 players. I think the basis is here. We have good experienced players and some promising youngsters," said Polokwane coach Jozef Vukusic.

However, the Rise and Shine tactician did not rule out any chances of bringing in a few new faces.

Vukusic hinted the reason he wants to bolster his squad a bit was to create a healthy competition in the team.

Polokwane City players were lauded by their coach Jozef Vukusic after finishing fifth on the standings in one of the more remarkable achievements of ...
Sport
3 years ago

"From the information I get from the club and in its history, we are not the team that let go of 10 players and sign another 10 players.

"We need three good players, they can play in the first XI," Vukusic stated. I think if we want to improve the quality of the team, we must have better quality. Say in some positions, have two good players because this season showed that there were good performers, but sometimes we found problems when we made substitutions.''

Despite going 3-0 down away to Orlando Pirates on the last day of the season, Polokwane still finished fifth on the log after accumulating 44 points, the biggest point tally in the club's history in the PSL.

Orlando Pirates put three past Polokwane, but are runners-up

Orlando Pirates could not win the 2018-19 Absa Premiership, but they pushed Mamelodi Sundonws for it all the way and entertained every step of that ...
Sport
3 years ago

"We wanted 50 points, but it did not happen. However, we can still say we had a fantastic season,'' noted Vukusic, who joined Rise and Shine as an unknown coach at the start of the season.

The Serb also heaped praise on his skipper Jabu Maluleke, reckoning the 37-year-old evergreen midfielder can continue playing until he is in his 40s and beyond that.

"Jabu will play minimum four years. The performance is not the question. If he plays at this level for me, he can play until he's 50.

"I do not look at the age of the players,'' said Vukusic of Maluleke, who notched up nine assists and four goals in the league this season.