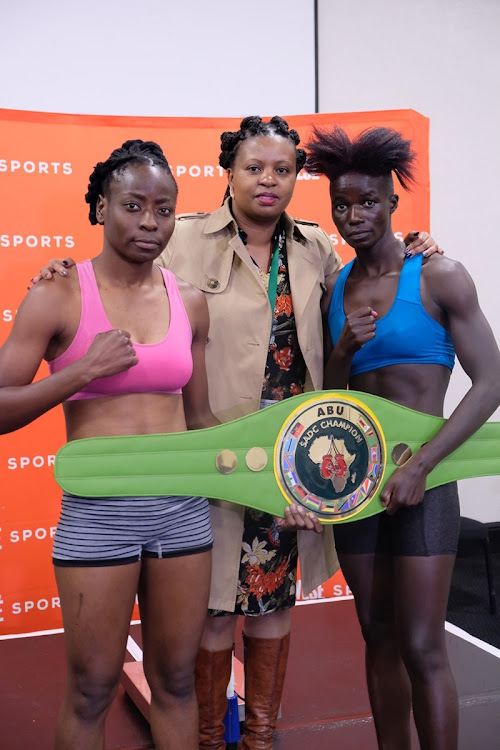 Boxing South Africa must act swiftly and swap around two nominees shortlisted for the Female Prospect and Boxer of the Year Awards, respectively.

There is still time to do that before Friday, which is the day of the ceremony. BSA has the power to do that because some of the governing body's duties include effective resolution of boxing disputes.

Hadebe won that award last year, so logic dictates that she cannot contest it this year.

She was involved in high-profile fights during the period under review for 2018 awards. That includes unanimous points decision over former world champion Gabisile Tshabalala, a draw with Ellen Simwaka in an ABU fight, as well as a loss to the same opponent for the WBF International title.

Manager McAusland in line for BSA gong
Sport
3 years ago

Hadebe, who is trained by Lionel Hunter, should by right be contesting Boxer of the Year Award with WBF bantamweight holder Bukiwe Nonina and SA bantamweight champion Mellissa Miller.

Zuma, who was involved in five minor bouts, should not be in that category but instead her name should be in the prospect of the year category. They two must be swapped around.

The award ceremony will take place at Sandton Convention Centre on Friday night. Seven categories that affect boxers will have monetary incentives of R15,000. The awards are sponsored by the Gauteng government.

Meanwhile, Moruti Mthalane reigned supreme once again as the IBF flyweight champion when he chalked up the second defence over tough-as-teak Japanese Mayasuki Kuroda in Japan on Sunday.

Simwaka out to raise African flag

'Tigress' challenges for Commonwealth belt
Sport
3 years ago
Next Article