PSL's biggest tie is in Polokwane 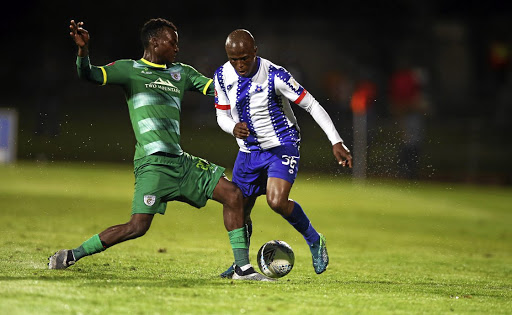 The match between Baroka and Maritzburg United at Peter Mokaba Stadium tomorrow (3pm) arguably carries more weight in deciding the tight relegation battle than any other contest on the final day of the Absa Premiership campaign.

With Baroka, Maritzburg, Black Leopards, Free State Stars and Chippa United all staring down the barrel of relegation heading into the campaign's finale tomorrow, this season's scramble for survival is perceived to be one of the tightest in the recent era.

The winner of the match between Baroka and Maritzburg stands a good chance of escaping the dreaded axe. However, other matches could still determine the two sides' fate, especially that of Maritzburg.

Bottom-placed Maritzburg would survive if they beat Baroka and either of Leopards, Stars and Chippa do not win. Even a draw could be enough for 12th-positioned Baroka, should the teams below all them tumble at the final hurdle.

Baroka are on 28 points, just one ahead of Leopards, Stars and Chippa, who host top eight-chasing Kaizer Chiefs.

Maritzburg may have garnered just 26 points, but they have a better goal difference than Leopards and Stars.

South African football has no reason to delay introducing the VAR (video assistant refereeing) after a spate of bad decisions by match officials were ...
Sport
3 years ago

The KwaZulu-Natal side's superior goal difference means a draw could also see them survive, but only if Leopards lose at home to Cape Town City and Stars are beaten by title-challenging Mamelodi Sundowns.

Despite the reality that this clash against Maritzburg has the potential to define their season and perhaps their careers, in-form Baroka winger Tshidiso Patjie did not want to over-hype this clash.

"The mood is good in camp, like any other day. We do not feel any pressure because we are not anticipating a defeat at all. It's a game we are going to approach like any other game," said Patjie, who has scored in Baroka's past two league matches.

The lad from Orlando in Soweto netted the solitary goal that gave Baroka an all-important victory at home to AmaZulu two weeks ago. Patjie also struck in their 3-1 thumping by Bidvest Wits last week.

"I have been working very hard, so I am not surprised that I am starting to find some form. I am positive that next season I will be an even better player, because I am confident Baroka will still be here [in the top flight] come next season,'' said the 28-year-old Patjie.