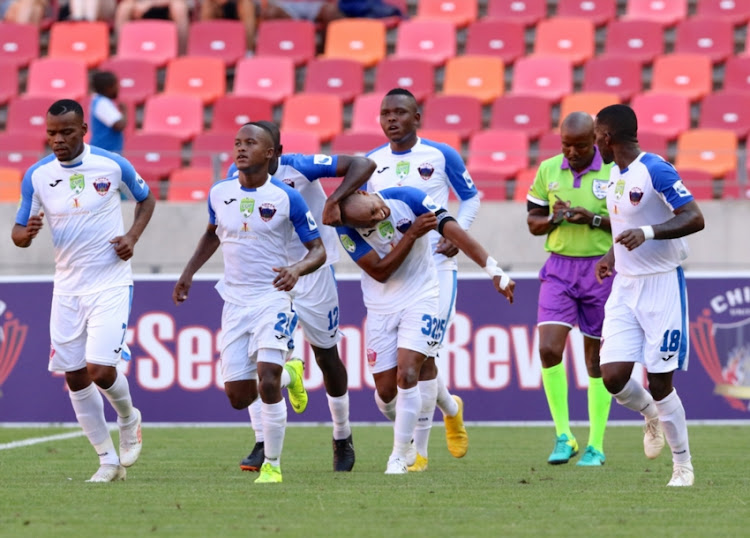 Mark Mayambela’s late goal sealed the victory for Chippa United to go through to the quarterfinals of the Nedbank Cup after beating National First Division side Tshakhuma Tsha Madzivhandila 2-0 at Nelson Mandela Bay Stadium on Saturday.

Mayambela received a pass from Ruzaigh Gamildien in the dying minutes of the match which he comfortably slotted at the back of the net.

The Chilli Boys are now five matches unbeaten since coach Clinton Larsen took over the reigns from Joel Masuthu.

Ahead of the match Larsen said he had been keeping a good eye on the Limpopo side and labelled them as tricky opponents.

The coach seemed to have done his homework very well, as Chippa were ready for any attack TTM launched their way.

The first half started off slow as both sides were still trying to find their feet. The only clear chance in the game came towards the end of the first half.

Chippa striker Lerato Manzini had an opportunity to put his side on the lead, but fumbled in front of goals and the ball was cleared by Tshakhuma’s defence in the 43 min.

Kurt Lenjties finally broke the deadlock  in the 50 minute of play  when his header beat Tshakhuma’s goalkeeper Tshepo Ramamele, to put Chippa in the lead.

Last season, Chippa beat ABC Motsepe League outfit Phiva Young Stars 2-0 to proceed to the next stage of the competition.

However, the Chilli Boys' journey in the tournament was short-lived and they were booted out by Free State Stars after losing 2-1 in the last 16 stage.

The furthest the team has gone in the Nedbank Cup is reaching the semi-finals in 2017, a tie they lost 4-0 to SuperSport United.