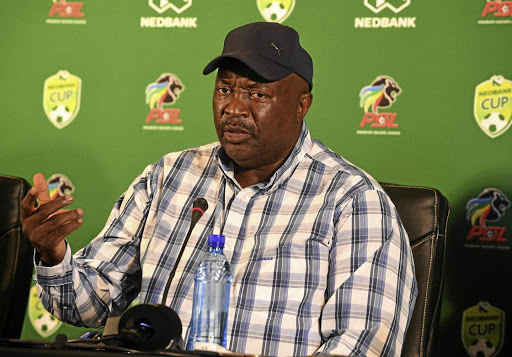 Umoya welcome Tshwane University of Technology (TUT) to Athlone Stadium today (3pm). The Capetonians are 13th on the NFD log and expected to field fringe players against the Gauteng ABC Motsepe League representatives.

Siyavutha look a different side since Mashaba's arrival. The former Bafana tactician made it clear that his mandate was to save the club from relegation. Giving the cup a full go may put them on the back foot in the league.

Having always been one of the NFD pacesetters, Cosmos find themselves in an unfamiliar territory this season. They are 12th on the standing on 20 points from 18 matches.

In the first round of the Ke Yona competition, Cosmos travel to Peter Mokaba Stadium to battle it out with Baroka on Tuesday. Ezenkosi owner-coach Jomo Sono has admitted their priority was to improve their league position.

"We do not fancy our chances [of beating Baroka]. We have gone through a slump in the league. We want to fight hard to go up on the table. We respect this cup but I think Baroka have a good chance of beating us," noted Sono.

On the other hand, clubs like TS Galaxy (eighth on the log), Maccabi (10th) and second-placed Mbombela United are favourites to advance to the last 16 - thanks to their stable positions on the log.

Tshakhuma Tsha Madzivhandila became the first second tier side to book their berth in the next round after beating Polokwane City 2-1 in the midweek.