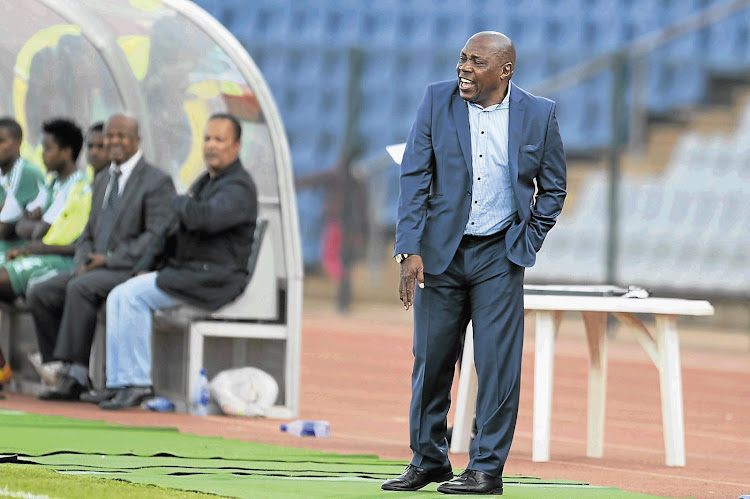 Things may be starting to shape up at the National First Division (NFD) summit, with leaders Stellenbosch consistently proving their dominance.

But the battle to stave off relegation remains wide open.

Witbank Spurs may be rooted to the foot of the table, but the arrival of former Bafana Bafana coach Shakes Mashaba raises hopes that they can still fight their way up the standings.

The Emalahleni, Mpumalanga-based side has only accumulated 12 points from 17 games. Two Mother City clubs - Cape Umoya and Ubuntu Cape Town - are also in the relegation mix, with Ubuntu a point ahead of Spurs in 15th position.

Umoya, now coached by former Kaizer Chiefs defender Dominic Isaacs, are four points away from the relegation zone. The 14th-placed Cape side has not lost since co-owner Roger de Sa handed over the reigns to Isaacs last November.

Isaacs has steered his side to two wins and two draws. At this rate, they are a safe bet to stay up.

Royal Eagles aiming high in the NFD
Sport
3 years ago

Having done it last season, where they escaped the axe on the last day, Ubuntu will bank on their past experience this season.

Another factor working in their favour is that they have a coach who has vast knowledge of the NFD, in Vladislav Heric.

The Serb has won promotion to the top flight with Chippa United.

Under his guidance, Ubuntu seem to have the purpose, but their undoing has been their leaky defence. They have conceded seven in their past two matches.

One of the top performers of last term, Real Kings, are also in danger of losing their NFD status. The KZN side is four points away from the relegation zone thus far.

Taking into account the small margins separating the bottom teams, the NFD relegation battle promises to go down to the wire.