'My loyalty lies with Berman' 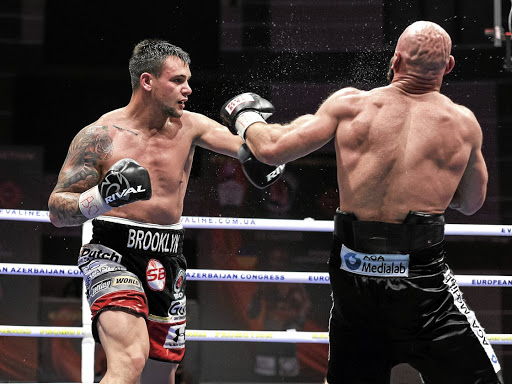 Speaking at his plush home in Cedar Lake, Johannesburg, yesterday, Lerena explained that the assumption that he was soon to be lost to American mega star - retired boxer and promoter Floyd "Money" Mayweather Junior was not true.

"My loyalty lies with Golden Gloves. Rodney Berman has been very good to me," he said, adding that The Money Team Russia, owned businessman Timofey Kurgin, will just sponsor him for upcoming fight at Emperors Palace.

Lerena, who has held the IBO belt since 2017 with three defences, will put his belt on line against Artur Mann from Germany in Berman's tournament at the imposing casino in Kempton Park on March 16.

Kevin Lerena to return to the ring in March

IBO cruiserweight champion Kevin Lerena will return to the ring in March after recovering from shoulder surgery last year.
Sport
3 years ago

"Timofey Kurgin, who is currently cruising on his yacht around the world, loves to sponsor young fighters to give them opportunities to grow in sport. Coming from South Africa, you don't mind getting dollars," explained Lerena. "But more than the monetary sponsor that he is giving me now, we started talking and became friends three years ago when Mayweather fought Andre Berto in Las Vegas. I was there for training."

The 26-year-old, who has made strides despite no amateur background, has previously held the WBF All-Africa, WBC Youth, WBA Pan Africa, Cruiserweight Super Four and the SA belts in seven years.

He avenged his only loss to Johnny Muller by knocking him out in 10 rounds in 2016.

The left-hander is somehow undermined by his opponents, but once they get inside the ring he changes their frequencies in their brains and beat them up.