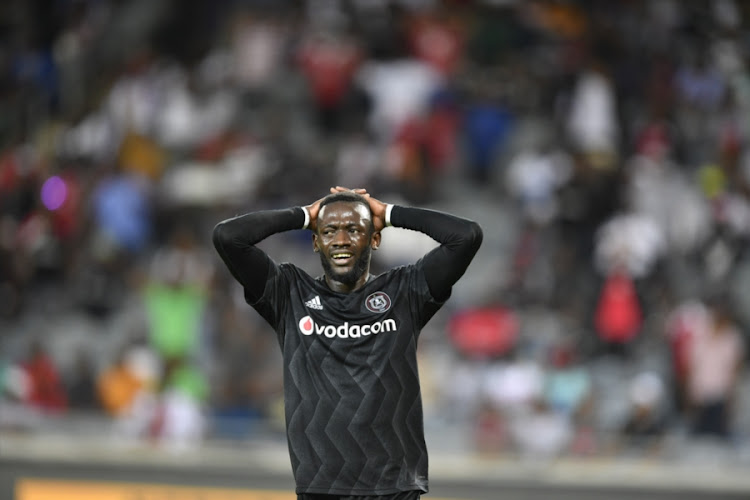 Orlando Pirates' inconsistent run at home may come back to haunt them in their bid to win the Absa Premiership title with the goalless draw against a struggling Maritzburg United on Saturday becoming their latest failure in picking up maximum points in front of their fans.

Playing against a defensive-conscious Maritzburg, the Buccaneers failed to improve their home form as they earned their 10th point from a possible 21st with the draw.

The Buccaneers had the game in their own hands but struggled to break down the Maritzburg wall in both halves, with strikers Justin Mulenga and Zambian compatriot Augustine Mulenga lacking their usual sharpness in front of goals.

The visitors, who came here with no victory in five matches, could have gone home with full points as Deolin Mekoa’s shot hit the upright with Siyabonga Mpontshane in Bucs goals well beaten in the 73rd minute.

The first 45 minutes were dominated by Pirates in terms of possession and forward moves but it all came to nothing as Bucs attacking players could not capitalise on their chances.

Maritzburg keeper Richard Ofori did well to tip away Thembinkosi Lorch’s fierce shot inside the box midday through the first stanza and the left pole came to Maritzburg’s rescue when Bucs left back Innocent Maela failed to find the net in the 40th minute.

The visitors came to this match with their coach Fadlu Davids’ future hanging by a thread after gaining only one victory in ten league matches and sitting second from the bottom with nine points.

The Buccaneers have been buzzing but the absence of their two midfield enforcers Ben Motshwari and Xola Mlambo seems to have limited their creative element in the middle of the park against a Maritzburg side which didn’t pose much threat.

With this draw the Buccaneers are still sitting one point clear of Bidvest Wits, who also played to a goalless draw away against Black Leopards in Thohoyandou, on top of the Premiership table after a promising undefeated run of ten (including last night result) matches that include their last 2-1 home win against their Soweto rivals Kaizer Chiefs at the end of last month.

The result was not entirely surprising, though, given the close outcomes in the two teams league meetings in the past three seasons.

In six matches, Pirates had won two, including last season 1-0 home victory against the Team of Choice.

Maritzburg last beat Pirates 2-1 in Pietermaritzburg in 2016/17 season while the other matches ended in stalemates.

Zambian goal poacher Justin Shonga believes he and his compatriot Augustine Mulenga can become the most feared strike partnership in the Premier ...
Sport
3 years ago

There is no reason why Banyana Banyana players should not earn the same salaries as their male counterparts‚ SA Football Association (Safa) president ...
Sport
3 years ago

Chiefs shot down back to earth by sharp Arrows