The love of the game knows no boundaries 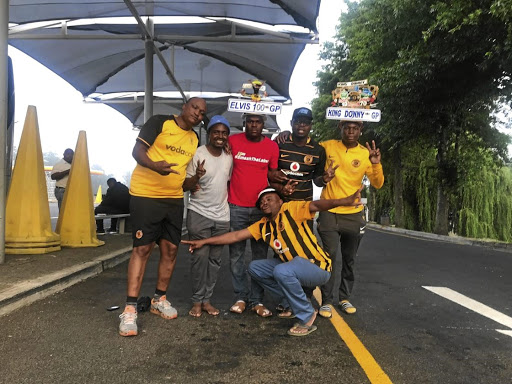 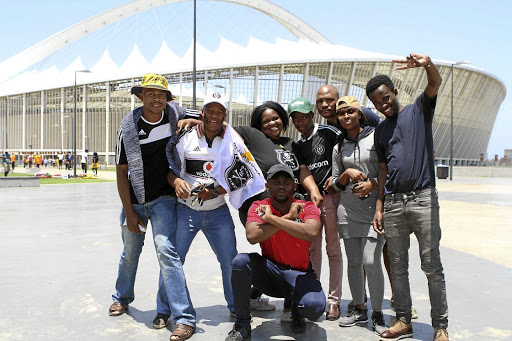 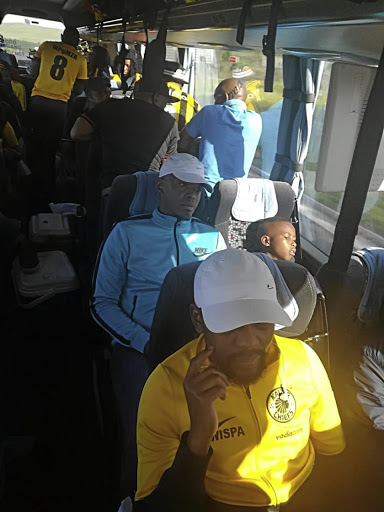 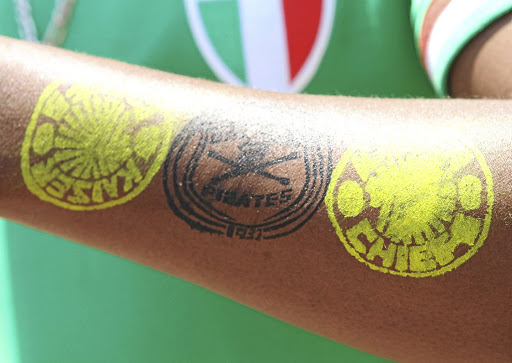 At about 8.30pm on a cool Friday night, the first message on a WhatsApp group for soccer fans who were travelling from Pretoria to Durban to watch the Soweto Derby between Kaizer Chiefs and Orlando Pirates popped up.

It noted that the bus had just arrived to pick up a group of 60 supporters in Soshanguve, Tshwane, for their 10-hour long journey to Durban, which R550 return.

That the bus was departing from Soshanguve was proof of the popularity of the Soweto Derby beyond geographical boundaries. This past weekend's game was no different despite the game being played away from its traditional venue, FNB Stadium.

More than 70% of the travelling fans in our bus were Kaizer Chiefs supporters who were convinced that their team would bring an end to a losing streak that had seen them come out second best in the two editions that had already been played this year. The scores for those games were 3-1 and 2-1 in favour of Orlando Pirates.

For Amakhosi fans, the change of venue augured well for their fortunes. After all, Durban has always been their happy hunting ground for the team's silverware.

I joined these enthusiastic fans on their journey just before midnight on Friday. As the bus pulled up, I stepped through the door to a warm welcome of song and dance.

The supporters sang full throttle, most of them in their team colours.

Only 15 of the supporters were Orlando Pirates fans.

This was a road trip everyone wanted to enjoy regardless of the result. The bus crisscrossed highways, racing over railway lines under Johannesburg's lit skyline. I met a 33-year-old Kaizer Chiefs fan, Donald "King Donny" Baloyi, famous for his makarapa hat with the inscribed words "King Donny GP" . "These are not the only club colours that I have. I have clothes that I have specially set aside for attending Chiefs games," he told me.

The road trip was under way, but not without a roll call to ensure everyone was present.

A whining sound signalled our arrival at the second stop in Montrose, nearly seven hours after departing.

King Donny stayed up throughout, singing with the others. They sang Thula mtwana wena ukhalelani as if to console each other on the journey. The group then asked the driver to play King Monada's hit song Malwedhe.

With King Monada’s smash hit song Idibala blasting in the background‚ Baroka proved that this festive season belongs to Limpopo after overcoming ...
Sport
3 years ago

King Donny told me the song was a good omen as it meant Chiefs' display would leave the Pirates faithful poleaxed after the game.

In contrast, Tshepo Sithole, seated a few seats from King Donny and one of the few Orlando Pirates supporters on the bus, would not be drawn on which team would come out on top before the encounter.

"This bus has a lot of Kaizer Chiefs fans. I am even scared of wearing my Orlando Pirates T-shirt because they might turn on me.

"We have embarrassed them enough times this year and tomorrow's game is no different," Sithole said jokingly.

"It's not a game Chiefs is going to win. They do not have the class to beat the current crop of Pirates players. These boys know football."

Ben Mashabane, one of the more vocal Chiefs supporters, said he had already booked flight tickets to the final, which will be played in Port Elizabeth in two weeks.

"Sheba mmata, Chiefs is going through to the finals. This is an opportunity for the players to show that they are passionate about the team.

As our bus came to a halt in Durban after 10 hours, King Donny who had hardly slept, stepped out with a smile as the countdown to kickoff began.

But the Chiefs' supporters' excitement was shortlived as the game ended 2-1 in favour of Amabhakaniya. Mashabane was livid but accepted the result nonetheless. "What can you do? The coach seems clueless, the players are all over the place. Even the goal that we scored, it wasn't because we were playing well, it was gifted us," he said.

On the trip back home yesterday, the travelling fans were still in high spirits, but this time it was the turn of the Pirates supporters to boast.

The Chiefs fans joked around, sang gospel songs and prayed for divine intervention.

"Solinas needs to be fired and God needs to intervene so these boys play a better brand of football. We cannot live with losing to Pirates," said Mashabane.

First stop at Total garage N3, Heidelberg, at 01:15am for refreshments.

Second stop at Montrose at 04:47am for a short break and refreshments.

Hotel Metro Lodge at 9:45am

Leave the stadium at 6pm.

Sunday Depart Durban at 10:55am (an hour behind schedule).

First stop at Pietermaritzburg at 12:05pm to fill up.

While still en route to Montrose, we make two stops on the side of the road between 1:30pm and 2:30pm.

Bus arrives back in Soshanguve 7pm.