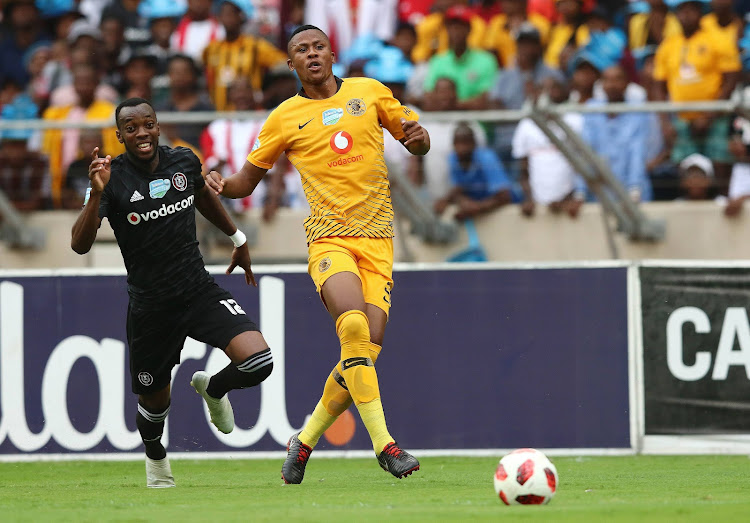 Justin Shonga delivered another killer blow to Kaizer Chiefs’ lukewarm start to the 2018/19 season when he gave Orlando Pirates a priceless winner six minutes from time in an absorbing Telkom Knockout semi-final tie played in a terrific pace in Durban on Saturday afternoon.

The Zambian goal poacher finished Bucs’ persistent attack when the game looked like heading to extra time with the two Soweto giants locked in 1-1 first half stalemate.

Shonga’s winner sees the Buccaneers, who are gunning for their first trophy in four years, waiting for the winner of today’s encounter between the defending champions Bidvest Wits and Baroka FC for  a final which will be played in Port Elizabeth next month.

Pirates had come here with a slight psychological advantage after winning the last two league matches played in Johannesburg in March towards the end of last season and in October in what was another humdinger of the first round league derby.

Played under an overcast but humid Durban weather, the sold out game always promised to deliver a fantastic atmosphere for the fans with the over 50 000 general tickets having been snapped up within two hours of being on sale weeks before kick-off.

Interestingly, both mentors made a few telling changes to their starting line-ups if compared to the teams they started with in the league derby on October 27.

The most eye-catching of all was Bucs coach Milutin Sredojevic’s decision to make four changes, amongst them being Jackson Mabokgwane in goals instead of the regular shot-stopper, Siyabonga Mpontshane.

It was Chiefs who looked better in the heated early exchanges with Khama Billiat unlucky to see his delightful chip tipped away from danger by Mabokgwane in the 8th minute after he had combined well with Dumsani Zungu on the left flank.

But the Buccaneers did well to find the lead against the run of play in the 12th minute, with Thembinkosi Lorch giving Itumeleng Khune not even a slightest of chances to save his strike which kissed the roof of the net after connecting with a smart cross from fellow winger on the right, Vincent Pule.

The Bucs’ lead, however, didn’t last beyond five minutes, as Chiefs’ pressure paid off as Leonardo Castro pounced on Billiat’s teasing defence splitting pass to chip it over a slowly advancing Mabokgwane to level matters within what was a hectic and speedy first 20 minutes of this exciting spectacle.

The second period was not played in a frantic pace as the first but still both teams created a few openings that could have turned the game on its head if they were taken.

Even though Bucs players earned four yellow cards within the hour mark, it was incredible that they didn’t stop surging forward looking for the winner which duly came from Shonga in the dying minutes of what was another exhilarating thriller.