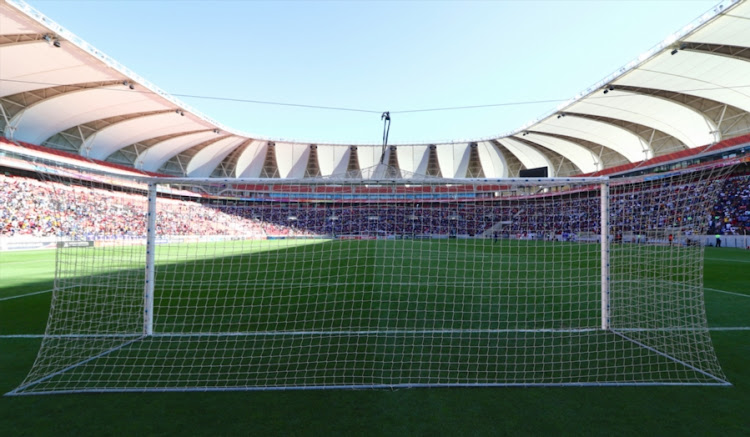 The Nelson Mandela Bay Stadium in Port Elizabeth in the Eastern Cape will be busy with a hype of high profile football matches.
Image: Richard Huggard

Port Elizabeth is set for two high profile matches in the next two weeks after Kaizer Chiefs announced on Monday that they would stage their Caf Confederation Cup first leg preliminary stage match against Zanzibar’s Zimamoto at the Nelson Mandela Bay Stadium.

Fans in the coastal city have often complained about the lack of high profile matches and will be pleased to know that Chiefs will be in town.

Chiefs host Zimamoto on Wednesday November 28 (kickoff at 7.30pm) with the 2018 Telkom Knockout final also scheduled to be staged at the iconic 2010 World Cup stadium on Saturday December 8.

Amakhosi announced that tickets for this match are available through various ticketing outlets nationwide at a cost of R40 for adults and R20 for children under the age of 12.

The Telkom Knockout final on December 8 is also guaranteed to feature one of Chiefs or Pirates‚ who clash in the semifinals on Saturday November 24 at Durban's Moses Mabhida Stadium.

Baroka FC and holders Bidvest Wits will do battle in the other semifinal on Sunday.

Thembi Kgatlana scored a superb goal as South Africa got their African Women’s Championship campaign off to a dream start with a 1-0 victory over ...
Sport
3 years ago

Nigeria were made to forget their Tokelo Rantie special deal as South Africa served up their new Percy Tau-Lebo Mothiba combo instead, Bafana Bafana ...
Sport
3 years ago
Next Article