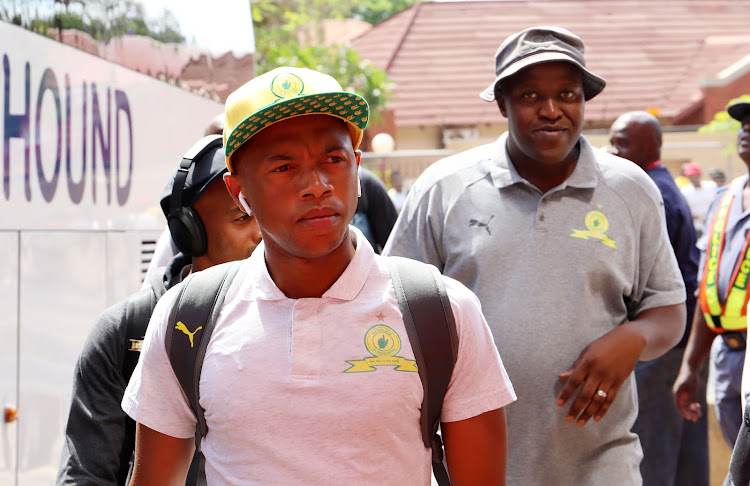 Andile Jali hobbled off after less than 10 minutes of last weekend’s crunch clash against his old club Orlando Pirates but it seems there is good news for Mamelodi Sundowns.

The 28-year-old midfielder tweeted (@andilejali870) a picture of himself returning to training in the gym on Thursday‚ along with Aubrey Ngoma and Gaston Sirino‚ with a caption “back to work”.

Just one day earlier he had posted some film of the scan on his hamstring without any comment but a row of ‘sad face’ emojis.

Jali pulled up in obvious distress after a surging run in the opening minute of last Saturday’s tempestuous 0-0 Premier Soccer League clash at Loftus Versfeld.

He required treatment but came back onto the field again only to go off just minutes later on a stretcher‚ with his hands covering his face and in obvious distress.

After the match‚ Sundowns coach Pitso Mosimane bemoaned the loss of Jali‚ who he picked for the key clash against the Buccaneers despite reports of a bust-up with the coach plus well-publicised off-the-field drinking and marital problems.

“We lost a guy that always gave us box-to-box in the last three to four games. You could see even in the first two minutes‚ where he was when he got the injury‚” said Mosimane.

“Honestly‚ I think it’s three to four weeks and he doesn't need it when he is playing so well.”

Sundowns do not play again until Tuesday‚ November 27 when they will be in Equatorial Guineas at the start of the Caf Champions League campaign.

Their next league game is on December 1 in the Tshwane derby against SuperSport United in Atteridgeville.