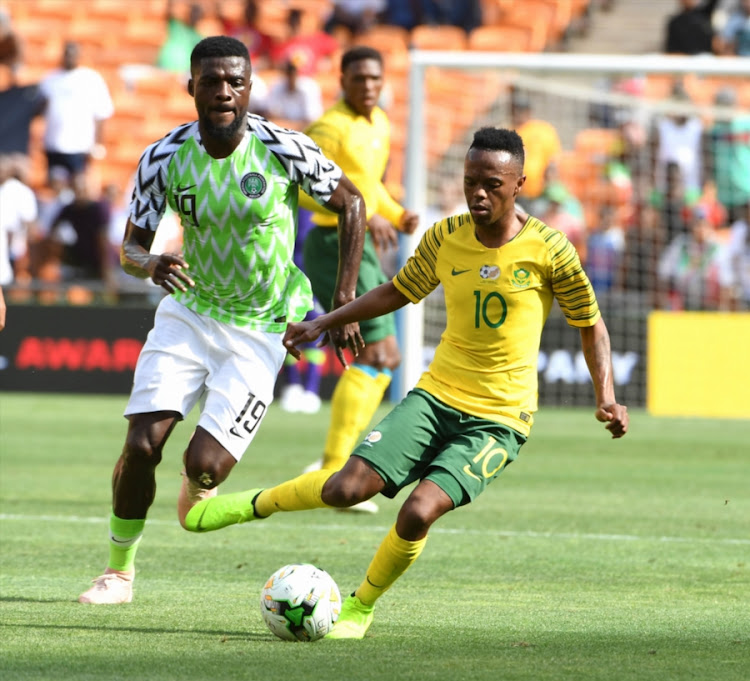 Serero returned from self-imposed Bafana exile and then proceeded to deliver a forgettable 60-minute performance that did very little to influence the team's fortunes in a game they needed to win to book a place in next year’s Nations Cup tournament in Cameroon.

“We didn’t get Thulani on the ball in the spaces he can operate and because he’s not played with us a lot he wasn’t able himself to get to those spaces and demand the ball‚” said Baxter.

“He was unsure‚ so that’s why I took him off because he was not affecting the game at all.

“So I went with Percy (Tau) in there and I brought on (Thembinkosi) Lorch to give us a little bit more on thrust and I thought if we continued playing our game and not gone on a little bit too early over the top‚ it would work.”

Baxter received an avalanche of criticism after recalling a player who defied him when he was called up for a World Cup qualifier against Senegal in November last year. A defiant Serero said at the time he would not honour call-ups to Bafana if he was not guaranteed playing time.

The Bafana coach is believed to have been influenced by Safa boss Danny Jordaan to forgive and give Serero another chance in the national team.

Nigeria‚ on the other hand‚ confirmed their place in the continental showpiece after holding Bafana to 1-1 stalemate in a match where Serero was deployed in the playmaker role but ended up being overshadowed by man-of-the-match Percy Tau and Themba Zwane.

Baxter also raised eyebrows when he only used Lorch as his substitute when he could have pressed more with fresh attacking players to force a result against a Nigerian side that clearly defended in numbers in the second half as the heat and altitude took its toll.

The Briton also defended right-back Thamsanqa Mkhize‚ who looked to be overwhelmed by the occasion at times in his fourth cap with the national team.

“When we have players like that playing against Rama (Mphahlele)‚ he’s tended to drop off a little bit.

“Now we can talk about Rama’s form at his club and how confident he is at this moment but if we forget that and just go to the type of player Musa is‚ then we thought that Thami will do a better job than Rama.

“I thought Thami was nervous and I thought there were a lot of players that were nervous.

"But I thought (as the game progressed) he came on to a better game."