Ramaphosa team to do clean up 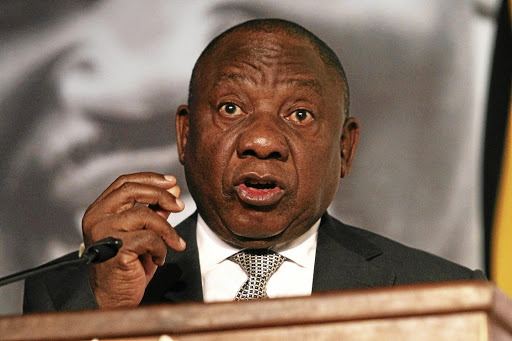 President Cyril Ramaphosa's campaign team will meet tomorrow to go through the list of people and companies that donated during his campaign to become ANC president.

Sowetan has learnt that his campaign team that handled the finances would look at the list and if uncomfortable with the donation, the money may be returned.

However, according to insiders, the team was not prepared to make the list public.

The meeting will take place as Ramaphosa has agreed to return the R500000 donation from Bosasa following a question in parliament by the opposition DA.

Yesterday, Tshililo Manenzhe, on behalf of Ramaphosa's team, confirmed in a statement that donations for the campaign were received from no less than 200 individuals from across the country.

"The campaign funds received were used to pay for venue hire, transport, accommodation, communications and other campaign-related activities.

"At no point were any funds transferred to the Cyril Ramaphosa Foundation, his relations or to president Ramaphosa himself," she said.

Ramaphosa must open up books

President Cyril Ramaphosa is facing his first real test of his commitment to clean governance as head of state.
Opinion
3 years ago

DA leader Mmusi Maimane has called for an independent inquiry to look into the donation made by Bosasa to fund Ramaphosa's ANC presidential campaign.

Two weeks ago in the National Assembly, Ramaphosa claimed the donation was given to his son, Andile, because he had a business relationship with Bosasa.

But Andile immediately distanced himself from any dealings with the company.

On Friday, Ramaphosa, through a letter, made an about-turn and revealed that the R500000 paid by the company was, in fact, a donation towards his ANC presidential campaign last year, without his knowledge.

"I will be writing to president Cyril Ramaphosa today [yesterday] to request that he appoints an independent inquiry headed by a retired judge to be selected by the chief justice to fully investigate the Bosasa scandal, which now involves the president and his family," said Maimane.

The DA leader said Ramaphosa must appoint an independent inquiry to investigate Bosasa's "enormous and likely corrupt influence" on the government and the ANC.

"The president must tell us where did the money to support his campaign come from because it looks like it's not only R500000.

"Can he open the books [financial statements]? ...But since when do you need money to campaign for presidential position of a political party?" asked Malema.