Sredejovic downplays talk of Pirates challenging for the league title 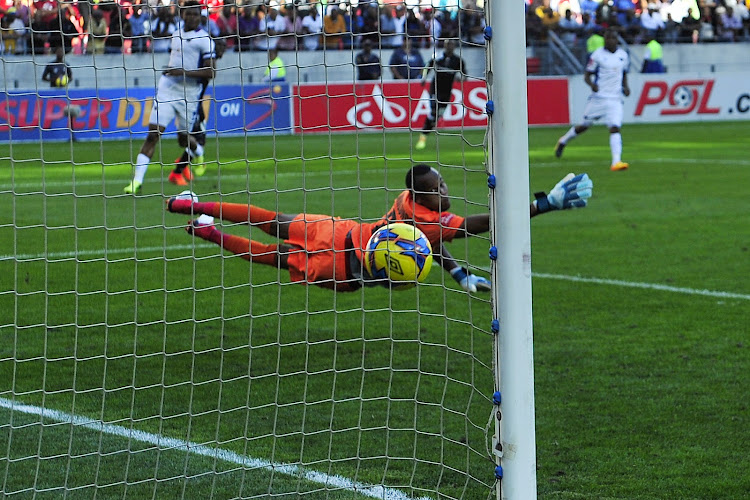 Goalkeeper Brighton Mhlongo of Chippa United watches the ball go into the back of the net during the Absa Premiership match against Chippa United at Nelson Mandela Bay Stadium, Port Elizabeth South Africa on 25 February 2018.
Image: BackpagePix

Milutin Sredojević is refusing to make any pronouncements about Orlando Pirates’ championship chances even after the club’s 4-2 away win over Chippa United in Port Elizabeth on Sunday lifted them into second in the Absa Premiership standings‚ four points behind leaders Mamelodi Sundowns.

“It is logical that a coach who has been in charge of his team for the last five years is top of the table‚” he said of Sundowns’ coach Pitso Mosimane.

“A coach who has been there for three years can also suppose something‚” he added of Steve Komphela of Kaizer Chiefs‚ who Pirates take on in Saturday’s Soweto derby at Soccer City.

“We are just eight months and a work in progress.

"Instead of talking big and threatening‚ to which we have no right‚ we are a work in progress.

"We are extremely proud that we are having an extremely good group of players that are ready to die a little for the badge and for the jersey.

“They are ready to individually improve and to improve for the team. Instead of talking big‚ we are dealing with criteria and standards that will possibly make us be title contenders.

“We have an army of supporters who are hungry to see us winning because this is their soul food.

“We enjoy working with our team‚ our players are extremely committed‚ dedicated and hard working to improve individually and as a team.

"We have a harmony and‚ instead of putting pressure on us‚ we want rather to deal responsibly and to work hard because football is a game where what you invest pays you back.

“Let others who are five and three years respectively with their teams think about the league and about being title contenders.

"We shall deal with criteria and standards‚” the Serbian-born coach added.

Kaizer Chiefs’ title hopes were dented on Saturday night as they spurned a chance to cut into Mamelodi Sundowns’ lead at the head of the Absa ...
Sport
3 years ago

The Premier Soccer League’s (PSL) arbitration over Tendai Ndoro’s eligibility will only be heard on March 26.
Sport
3 years ago

The Premier Soccer League have written a letter to Cape Town City coach Benni McCarthy asking him to explain his comments made about match officials ...
Sport
3 years ago

Kaizer Chiefs defender Teenage Hadebe has admitted that the Premier Soccer League has been a big step up for him‚ with the game in South Africa ...
Sport
3 years ago
Next Article