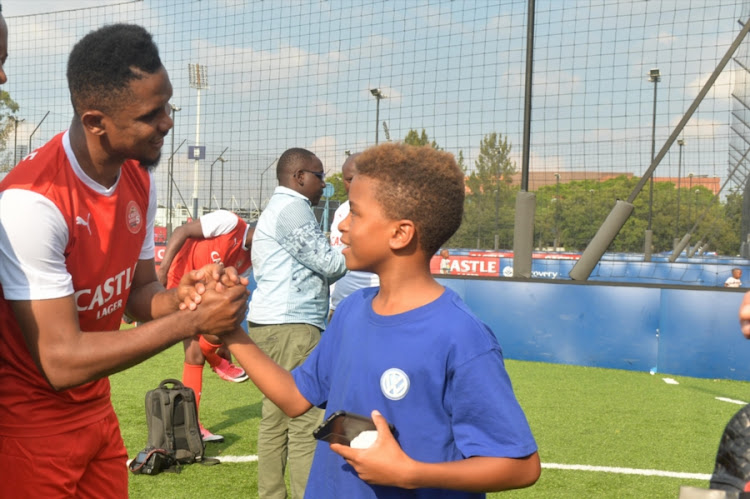 Cameroon and Barcelona legend Samuel Eto’o has said he believes the Premier Soccer League must be the best in Africa‚ but that he is unsure if he will ever play there.

Eto’o‚ in Johannesburg for the launch of an amateur five-a-side tournament‚ the Castle Africa 5’s‚ said he watched Mamelodi Sundowns’ 2-1 Absa Premiership win against Ajax Cape Town on Tuesday night‚ and was impressed.

The 36-year-old 2011 Ballon D’Or (world footballer of the year) nominee is still playing for Antalyaspor in Turkey‚ where Eto’o has been a key performer with six goals in 15 league games.

He was asked if he might consider winding down his career in South Africa‚ perhaps at a team like Sundowns‚ where he could earn relatively well and play in the Caf Champions League‚ but was coy in his response.

“No‚ no‚ no. Tomorrow is so far. I want to enjoy today. And today is Turkey‚” was all Eto’o would say.

Asked if he has watched much South African football‚ Eto’o said: “Yes of course.

“While I have been here I watched Ajax vs Sundowns. The level is very high in the football in the PSL.

“It must have the best level in Africa. But they have to continue to build this level.”

He won a league title and added another Champions League victory with Inter Milan in Italy.

He won two Africa Cup of Nations with Cameroon.

Mamelodi Sundowns have opened up a four-point lead at the top of the Premier Soccer League standings after they came from behind to beat ...
Sport
4 years ago

A number of January recruits made fine starts at their new Premier Soccer League sides this past weekend‚ suggesting some good buys and shrewd ...
Sport
4 years ago

Steven Pienaar has the technique and experience to contribute to one of the Premier Soccer League’s big teams.
Sport
4 years ago
Next Article