Top five most memorable games of 2017 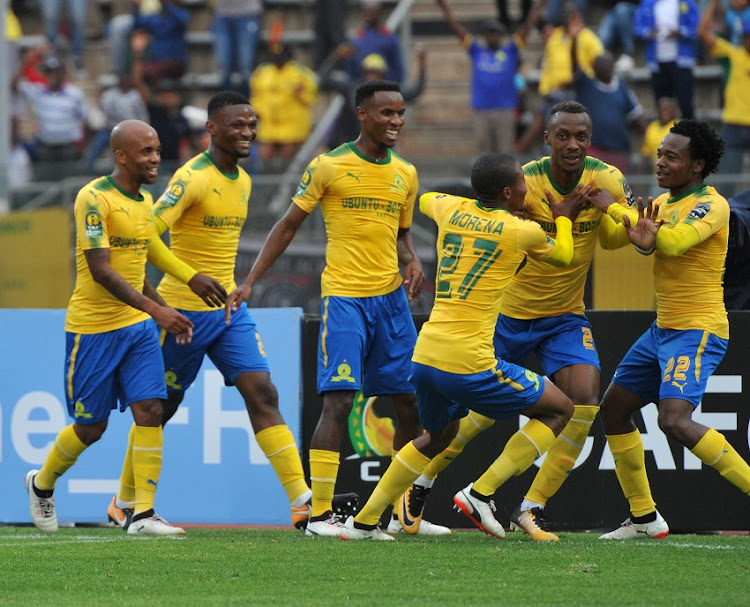 The Premier Soccer League has been tight and tense this season‚ with fewer goals than in previous seasons‚ but especially in the first half of the year‚ there were some matches that will live long in the memory … for various reasons.

SowetanLIVE picks our top five most memorable games of 2017.

A game from February that will go into the history books potentially for all the wrong reasons‚ except if you are a Sundowns fan.

This was not only a club record defeat for Orlando Pirates‚ but also saw their fans turn violent and invade the pitch‚ threatening at one point to see the game abandoned.

The club have been found guilty of failing to control their supporters‚ though the wheels of justice in such an open and shut case have turned frustratingly slowly and it could be more than a year later that they are eventually sentenced.

As serial offenders over the last few decades‚ a heavy sanction would be appropriate‚ but don’t hold your breath. Pirates were shambolic on the pitch too as they were simply overwhelmed by Sundowns.

Themba Zwane and Percy Tau had the hosts 2-0 up at halftime‚ before Ricardo Nascimento converted a penalty just past the hour-mark.

Thapelo Morena added a brace of goals before Tau got his second with 10 minutes to play.

It would prove the end of the reign of Augusto Palacios as interim coach‚ to be replaced by Kjell Jonevret.

A fixture that took place on April 1‚ but there was no fooling a Stars side that got one over a team they have traditionally struggled against in the past.

All the goals were scored in the opening half of what was a pulsating 45 minutes of football.

Stars raced into a 2-0 lead as Moeketsi Sekola and Paulus Masehe scored inside 13 minutes‚ and might have had another as Sinethemba Jantjie crashed the ball against the crossbar.

But Pirates pulled one back through an unfortunate own goal from Stars keeper Thela Ngobeni‚ not that he knew much about it.

Thembinkosi Lorch’s shot ricocheted off two defenders‚ before trickling in off the gloveman. Mohammed Anas blasted the ball into the roof of the net to restore the two-goal lead for Stars‚ but Pirates got their second when Tendai Ndoro scored from the penalty-spot in first half injury-time.

Both sides got a tongue-lashing at halftime for their defensive display‚ with the better chances in the second period falling to Stars.

A high-quality‚ thrill-a-minute encounter that had some fantastic goals before City snatched it at the death.

Aubrey Ngoma had them in front after a sweeping counter-attack move that saw him skip past three defenders and blast the ball past debutant goalkeeper Bruce Bavuma.

Siphiwe Tshabalala levelled with an excellent effort as he picked up the ball on the edge of the box and lobbed home past keeper Shu-Aib Walters.

Lebo Manyama had the home side in front after another quick counter and he nutmegged George Maluleka and then beat Bavuma.

It looked as though it would finish level‚ but Judas Moseamedi‚ who has a reputation for scoring late goals‚ headed home in the final minute of stoppage time.

This was another game that had just about everything‚ except a winner‚ as Tshabalala marked his 300th appearance for the mighty AmaKhosi with a brace of goals‚ both of high quality.

Tshepo Masilela had cleared off the line from Clayton Daniels before Tshabalala marked the occasion with what would ultimately be voted Absa Premiership Goal of the Season.

He collected the ball on the edge of the box and as the SuperSport defence stood off him‚ chipped the ball over Reyaad Pieterse in the home goal with a great piece of skill.

SuperSport were level when two former Chiefs players teamed up as Reneilwe Letshonlonyane fed a wonderful ball through for Mandla Masango to provide a neat finish.

Tshabalala got his second after being found in the box by Ramahlwe Mphahlele‚ opening his body to fire the ball past Pieterse.

Molangoane should have made the points safe as he shot just wide late on‚ and Chiefs were made to pay when Aubrey Modiba took advantage of some good fortune as the ball was deflected into his path and his shot then went in off the chest of Masilela.

5) POLOKWANE CITY 2 FREE STATE STARS 3 A game of two halves from September if ever there was one as Stars took complete control of the game‚ but following a red card for captain Paulus Masehe‚ were then forced to hold on for dear life.

Anas took advantage of a mistake from City goalkeeper George Chigova to score the opener‚ and then netted a second with a fine effort from distance.

Stars were cruising when skipper Paulus Masehe drilled the ball home from 25 yards‚ but the game turned seven minutes before the break when he collected a second yellow card and was sent-off.

From then on in it was all City but it took them until just before the hour-mark to pull a goal back as Walter Musona headed home.

Sammy Seabi them reduced the deficit when he fired home with 10 minutes remaining‚ but despite piling on the pressure‚ City could not find an equaliser as Stars’ scrambling defence helped them hang on.