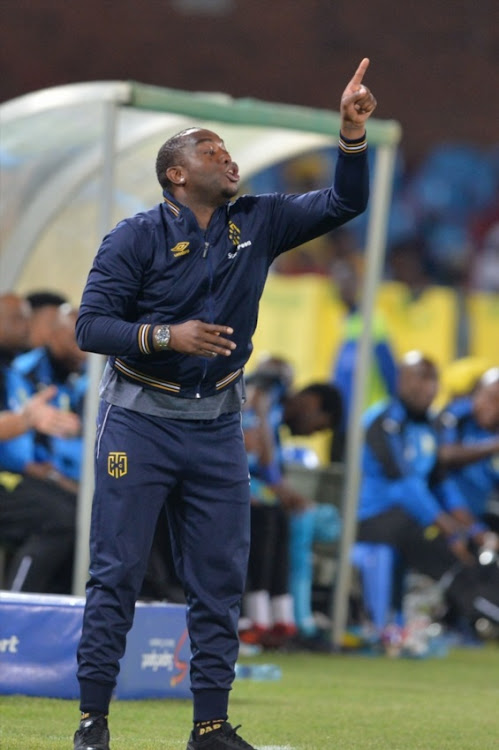 Outspoken Cape Town City coach Benni McCarthy has claimed that the club are victimised by referees because of their sponsorship dispute with the Premier Soccer League.

Sundowns did not receive any cautions from Harrison.

“I don’t know if it is this‚” he said pointing at the disputed SportPesa logo on his tracksuit.

“Every decision is against us – we are targeted and it is plain to see.

“You don’t have to be an intelligent journalist or TV cameraman to see what is happening here. Week in week out is the same thing.

“It is hard and frustrating because the players put in the shift.”

The former Bafana Bafana striker added that he was tired of being reserved and afraid to comment about referees because‚ the coach said‚ they are “killing” the game by not respecting the hard work that is done by coaches.

“They ‘kill’ players‚ and now you must be modest and you can’t have an opinion.

“I think the referees must also take responsibility. We (coaches) get fired for not winning and why can referees do whatever they want and keep the luxury of their jobs.”

He said referees are the reason for the league not reaching a level is it supposed to.

“That is why our league is not at the level where it is supposed to be with the talent that we have – it is because of referees.

“They must also up their game‚ man‚ because coaches are asked to up their game. We have to come up with plans to beat Sundowns‚ you have to compete and be up there and the referees can be mediocre.

“For our football to grow and improve‚ we have to improve our referees also.”

City end the year second from the top with 24 points after 15 matches‚ trailing leaders Sundowns‚ who have a game in hand‚ by four points.

The Cape side are currently the subject of a dispute with the PSL‚ which has gone to arbitration‚ over signing a shirt sponsorship with SportPesa‚ and continuing to wear the sports betting company’s logo on their kit despite being directed not to.

McCarthy’s statements may earn him a fine from the league‚ who frown on comments made on match officiating by coaches.