Abandoned clash between AmaZulu and Celtic to be replayed in January 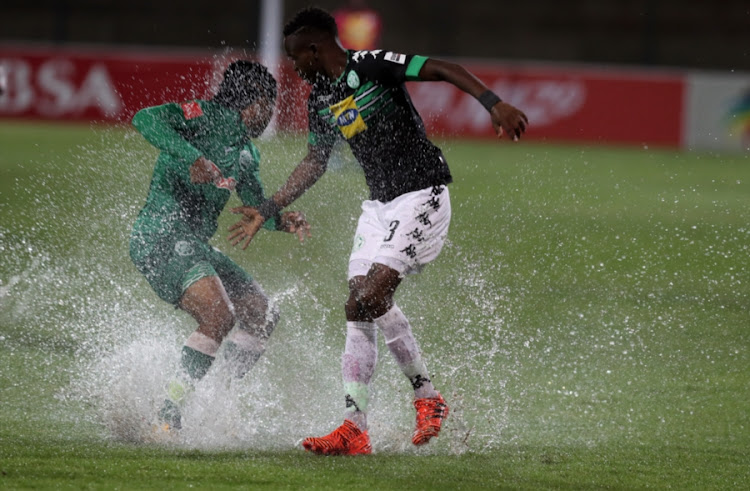 The abandoned Absa Premiership clash between AmaZulu and Bloemfontein Celtic will be replayed on January 24 and will start from scratch‚ the Premier Soccer League has confirmed.

The original fixture earlier this month was abandoned after 15 minutes at the King Zwelithini Stadium after the pitch became unplayable due to heavy rain.

But rather than starting the clock from the point in which the game was stopped‚ with the score at 0-0‚ the match will be treated as an entirely new one.

The PSL rules are clear that in the case of weather interruptions‚ matches must be replayed from scratch.

The only time in which they continue from the minute they were stopped is in the event of floodlight failure.

According to the PSL’s rules and regulations: “If a match is postponed or abandoned due to the unsuitability of the ground caused by inclement weather‚ the state of the pitch or for any other reason‚ but not because of insufficient illumination from floodlights‚ the League will set another date on which the match will be played.

In such an event all records of an abandoned match will be expunged except that any dismissals that occurred will remain in force.”

It now makes January a hectic one for AmaZulu‚ who have six matches in the month while Celtic will play in five.

Celtic have made a fine start to the season and currently sit in sixth position‚ though if they had won this original fixture they would be in third.

AmaZulu are placed 12th with 15 points‚ though they have to date only played 13 matches.

Outspoken Cape Town City coach Benni McCarthy has claimed that the club are victimised by referees because of their sponsorship dispute with the ...
Sport
4 years ago

The Pretoria sides are holding up the Premier Soccer League Christmas recess and with good reason; they still have to make up their games in hand.
Sport
4 years ago
Next Article