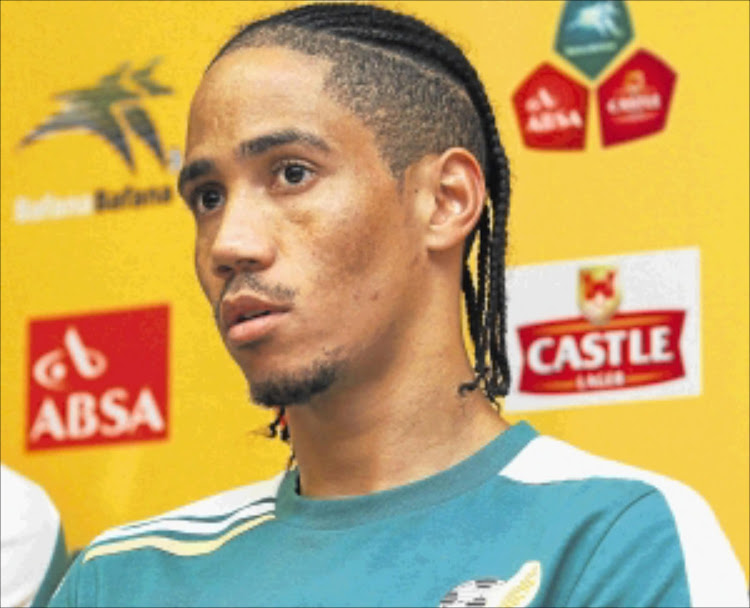 Steven Pienaar has the technique and experience to contribute to one of the Premier Soccer League’s big teams‚ but needs the hunger too if he wants to fare better than he did at Bidvest Wits‚ Gavin Hunt has said.

Hunt said Pienaar struggled to adapt to the nature of the PSL‚ where‚ as the Wits coach’s well-used saying that “the players move faster than the ball” implies‚ the frenetic pace though lack of culture counted against the former Everton midfielder.

But Hunt did not rule out 35-year-old Pienaar still managing to wind down is career successfully at another club – and perhaps‚ by implication‚ the right sort of footballing club.

This follows Pienaar’s release this week from Wits that concluded a flop six-month return to SA soccer‚ though which was also helped in no way by the Clever Boys’ appalling form as defending champions to sit in last place by halfway.

“What he’s achieved in the game has been phenomenal. I saw him start at Ajax Cape Town‚ when I was a coach at Seven Stars‚” Hunt said this week.

“The career he has had has been fantastic. Maybe the timing has been‚ you know – he’s got nothing to prove. He’s proven everything.

“And the game in South Africa is a hard game. It’s a very running-based game.

“And I think just maybe the two didn’t suit one another.”

Pienaar had hoped to emulate Benni McCarthy’s two-year return to the PSL‚ where the former Blackburn striker scored goals and won trophies at Orlando Pirates.

Gavin Hunt did not want to comment on whether he has been disappointed at how little two of his headline signings – Steven Pienaar and Daylon Claasen ...
Sport
4 years ago

“But I always feel that if you come back from overseas and you’re a striker‚ a defender or a goalkeeper‚ I think it’s easier in South Africa – you’ll be OK‚” Hunt said.

“There were games (for Wits) that passed him by.”

Hunt said Pienaar might still find success if he tries his luck at another club.

“I think with the experience he has gained in Europe and all over the world‚ ja. If he has the hunger and the desire to want to do it‚” the coach said.

“Because it’s a job where you’re going to pull your hair out in this country.

“Because of the development structures‚ which haven’t been good. So you’ve got players at 21 or 22 who can run quick‚ but the football intelligence and technique are not there.

“I mean‚ Steven’s technique of receiving the ball under pressure for the last six months here has been fantastic. There’s no-one in our league who can do it like he does.”