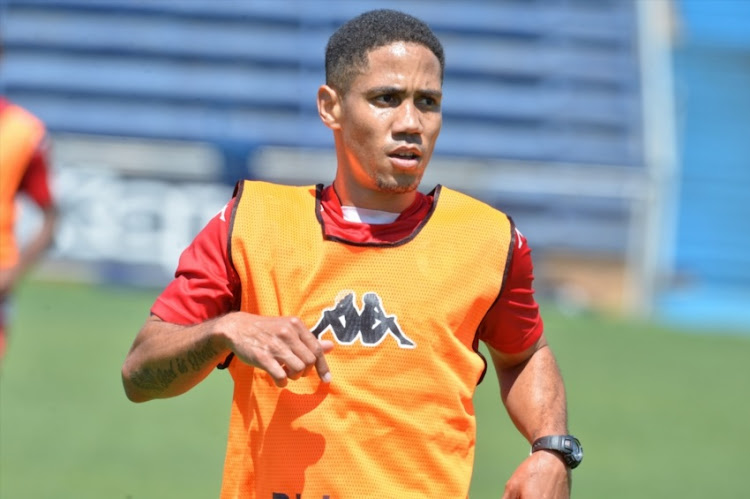 Bidvest Wits’ struggles and the frenetic pace of the Premier Soccer League combined for Steven Pienaar’s return to South African football at the club to “just not work out”‚ Wits coach Gavin Hunt has said.

Pienaar‚ a headline‚ coup signing ahead of big clubs such as Kaizer Chiefs and Orlando Pirates returning from a glittering 14-year career in Europe in July‚ was released by last-placed Wits on Wednesday after six fruitless months.

“I think it’s just been a bit disappointing‚ because‚ you know‚ it’s just one of those things in football.

“Maybe the PSL is a different animal at the moment. It’s a very counterattack type of game.

“Turnover of possession is huge so the game goes from end to end – the midfield players don’t get time to get a breather on the ball.

“So maybe‚ Steven having not played much the season before‚ and our preseason maybe was not very hard or heavy‚ because we looked a bit leggy ourselves‚ found it hard.

“He’s a good guy – I like Steven. What he’s achieved in the game has been phenomenal. And that’s how football is sometimes.”

Pienaar‚ who played 15 games in the English Premiership for Sunderland last season‚ was brought in to add a wealth of experience to a champion team.

“I always felt that even when we won the league we never had the final pass. And there were glimpses of that (from Pienaar)‚” Hunt said.

“I think the team never hit the ground running‚ which didn’t help anyone. And at the start of the season we had a lot of our regular players injured‚ so we had to start all our new guys straight away.

“And I felt‚ even with Steven’s experience‚ maybe a slower introduction would have been better.”

Hunt does not buy into theories that have inevitably done the rounds that somehow Pienaar’s presence backfired and had a negative impact.

“People can say what they like. I don’t see those things‚” the coach said.

“A lot of coaches in South Africa are very sensitive to what is being said. Me‚ I’m more worried about football.

Hunt said Pienaar made the effort the coach had hoped for.

“I think when he played he was good. What he gave us was good organisation skills on the pitch. That’s not a South African strength.

“Players locally don’t talk and organise enough‚ and he gave us a lot of that.

“Maybe we just got ourselves in a bit of a rut.”