Referees, match commissioners to attend a refresher course in January 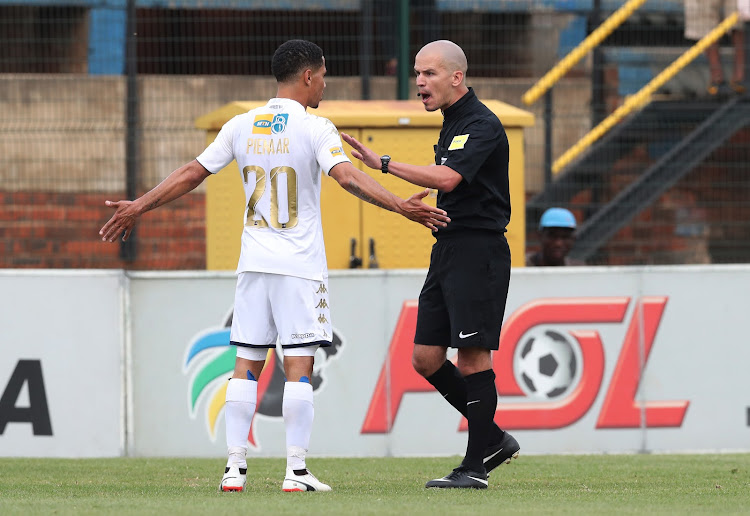 Referees and match commissioners will come together in Pretoria from January 2 to 7 for refresher courses and fitness tests.

The course will come in handy as experienced officials are in short supply and a draft of younger referees and linesmen are coming through the ranks.

Most important will be the physical tests for the referees‚ which are conducted twice a year and must be passed in order to be in the place for Premier Soccer League matches.

These tests always deliver one or two shock casualties who are then sidelined and cannot officiate until they pass again.

One year ago there were a record 20 officials who failed the tough physical tests‚ in which they have to run 75 metres in under 15 seconds‚ then walk 25 metres for 18 seconds.

They repeat this continually for a total of 10 laps around a 400-metre track‚ therefore doing 44 starts and stops.

PSL club coaches have been increasingly critical of refereeing standards this season at a time when the running of refereeing is also in some flux.

It comes after Peter Sejake was removed from the top SAFA referee department post under a cloud of suspicion and replaced by Ian McLeod who died suddenly in October.

The post has since been vacant but there are hopes that top World Cup officials Jerome Damon or Enoch Molefe might be given the job on a full-time basis.

Refereeing matters are under the control of the South African Football Association while the PSL has an independent controller – Ari Soldatos -- who makes the match appointments.

The dispute over control of refereeing matters is why long-laid plans to professionalise refereeing have not got off the ground as the PSL are willing to pay but not without having ultimate control while SAFA do not want to ceded power have the requisite cash to pay officials fill-time salaries.

Outspoken Cape Town City coach Benni McCarthy has claimed that the club are victimised by referees because of their sponsorship dispute with the ...
Sport
4 years ago

The Pretoria sides are holding up the Premier Soccer League Christmas recess and with good reason; they still have to make up their games in hand.
Sport
4 years ago
Next Article