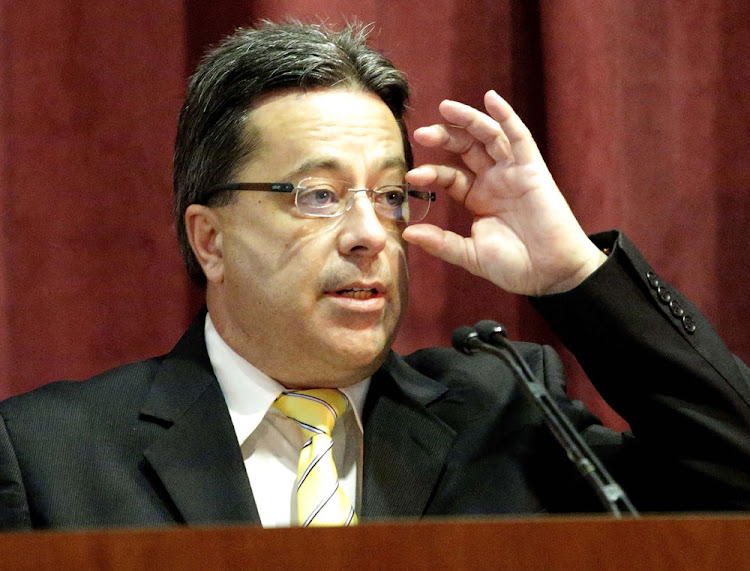 The other application before the court relates to the freezing of the assets of the parent company Mayfair Holdings‚ pending the outcome of the provisional liquidation application and this will be heard on January 29. Both applications are being opposed.

The provisional liquidation application was postponed by agreement to a future date available to the court to allow the respondents time to file papers and for certain arrangements to be made.

SA’s tax revenue will be negatively affected if Steinhoff does not survive the corruption scandal.
Business
4 years ago

In agreeing to the postponement‚ Judge Desai highlighted that the cases had implications of "great importance" to many people.

Jooste has resigned as a director of Stellenbosch-based Mayfair Speculators but his son-in-law Stefanus Potgieter remains a director. The company holds Jooste's extensive race-horse assets.

Absa's application for provisional liquidation is based on an unpaid debt of R226.3m plus interest.

Absa manager for business support Hester van Niekerk said in her founding affidavit in support of the application that Mayfair Speculators was unable to pay its debt of R226.3m to the bank. Absa had been informed that the company had liabilities of about R1bn and assets‚ if realised‚ of about R350m.

Van Niekerk said Mayfair Speculators was "both technically and commercially insolvent due to the material deterioration in its primary assets‚ namely the Steinhoff shares held by it."

GEPF and PIC are “deeply concerned” about the collapse of Steinhoff.
Business
4 years ago

She noted that in August Mayfair Speculators had declared a dividend in specie to its sole shareholder‚ Mayfair Holdings‚ to the value of about R1.5bn. This was when Jooste was still a director. The dividend consisted of houses‚ development properties‚ Lodestone Brands and a company that manufactured pipes.

Absa wants the lawfulness of the dividend in specie and the disposal of other assets to be investigated. Van Niekerk surmised that the dividend was declared because Jooste knew that the financial irregularities in Steinhoff would be uncovered soon.

She related how Absa had provided Mayfair Speculators with a R335.6m overdraft facility and bank guarantees of R14.4m in December 2016.

JSE to probe Steinhoff for possible breach of listing requirements

JSE said it had launched an investigation to determine if embattled Steinhoff International had breached its listing requirements.
Business
4 years ago

She said the collapse of the Steinhoff share price from R46.25 to R10 in the period December 5 and 7 meant that Mayfair had breached the share cover covenants in its agreement with Absa because the amount outstanding under the overdraft facility exceeded 70% of the value of the shares held as security. The shares held by SBG in Steinhoff were ceded as security for the bank facility.

When Absa asked the company to provide it with additional collateral to remedy these breaches‚ Absa was informed that none was available.

Van Niekerk said it was "highly unlikely" that the sale of the Steinhoff shares would extinguish Mayfair Speculators' indebtedness to Absa.