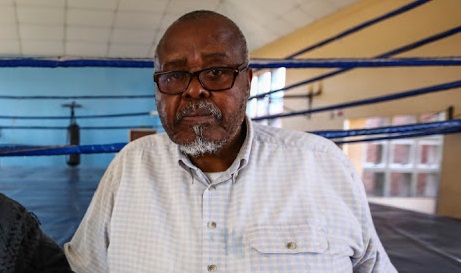 Boxing guru Hezekiel “Ziggy” Mtshali says only death will part him from the fistic sport. Mtshali also reminisced about the good old days he shared with departed former world champ Lehlohonolo Ledwaba, who will be remembered at Dlamini Multipurpose Hall in Soweto next Sunday.

Mtshali, 79, says Ledwaba joined his gym at the age of eight.

“If you slice my head open, you will realise that my brains are in the form of a boxing glove,” said Mtshali, who was Ledwaba’s first boxing trainer.

“Lehlohonolo was eight years old when I started training him. Actually, I trained his uncle who won the amateur flyweight tournament in 1969. He got stabbed at Cross Roads in White City; he survived but was never able to box again. That is how it all began with me and Lehlohonolo, who won the featherweight SA amateur championship in Giyani in 1989.”

Mtshali’s other boxers were Morgan Ndumo and the Thwala brothers, Fana and Patrick. He said when he saw them walking into his Central Western Jabavu gym in Soweto, he immediately told his assistant Obed Molekwa [who was Mtshali’s trainer as a boxer] that they were looking at one or two world champions in those boys.

Mtshali's faith in those boxers bore fruit. Fana was the first amateur to represent SA in the Olympics in Barcelona in 1992. Ndumo won the WBC International mini-flyweight title. But it was Ledwaba who fulfilled Mtshali’s prophecy and became a household name. He won three world titles in three weight divisions.

Ledwaba would eventually quit the sport in 2006 due to a detached retina and followed in Mtshali’s footsteps, finding great joy in honing the skills of young fighters as he sought to give back everything he learnt from the veteran who opened the door for him years earlier.

Mulovhedzi aims to honour late Ledwaba with his next fight

Participation in the boxing tournament to honour fallen hero Lehlohonolo Ledwaba next Sunday matters more to Tsiko Mulovhedzi than his opponent – ...
Sport
4 weeks ago

Mashego aims to turn fortunes of SA boxers around

Veteran boxing ring announcer Sipho Mashego intends to hit the ground running in search for a possible solution to the ancient problem of boxers ...
Sport
4 weeks ago

Vus’Umuzi Malinga says four rounds will be enough to give his charge Mpumelelo Tshabalala a clearer idea of what Sikho Motshani has to offer as a ...
Sport
4 weeks ago

Modisadife and Miya title fight promises magic in the ring

The match-up between Tiisetso Modisadife and Zolile Miya for the Gauteng flyweight title is outstanding and it talks to religious fight fans who have ...
Sport
4 weeks ago

Sizani fails to prove his mettle against Masamba

Lackadaisical. This is how uninspiring the performance of super-talented Luvuyo “Black Eagle” Sizani was against the less skilled but courageous ...
Sport
4 weeks ago
Next Article