Mulovhedzi aims to honour late Ledwaba with his next fight

'I don’t care who is my opponent, I want to do it for former trainer' 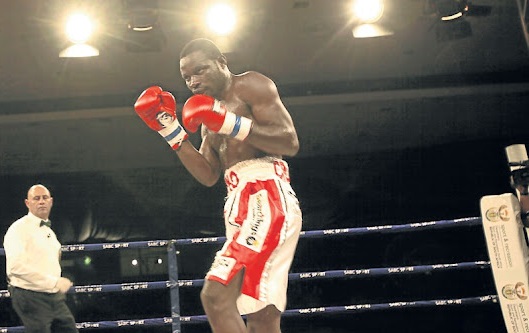 Participation in the boxing tournament to honour fallen hero Lehlohonolo Ledwaba next Sunday matters more to Tsiko Mulovhedzi than his opponent – Namibian Harry Simon Junior – because he approaches it as a therapy that will help him find closure with the death of his former trainer.

“He sent me a voice note that touched my heart before he died in July last year. He encouraged me to train hard because he said he believes that I will be a world champion again, and then he said his breath was running out," Mulovhedzi said.

“That was a day before I learnt that he was gone. So, this fight next week is for him. I don’t care who is my opponent; I want to do it for Ledwaba and I hope after this fight doors will open again for me; I promise you now, it’s going to be a war next week.”

Affectionately known as ”Cruel Junior”, the former SA welterweight champion from Vhemvhe in Limpopo will best be remembered for ferociously ending the reign of Ali Funeka as the IBO champion. He dropped five before the fight was finally stopped in the fifth round in 2015.

He made a single successful defence before adding the IBF Intercontinental belt to his collection. But his wayward style of living took over and his career suffered badly. He is trying to resurrect it.

Trainer Charity Mukondeleli said: “This fight will determine Tsiko’s future. I studied some of Harry’s fights and there’s nothing special about him.”

Mukondeleli has produced two champions since he started training fighters alone in 2020. He was the understudy to successful veteran trainer Bernie Pailman – who was Mukondeleli’s mentor when the latter was still active as a boxer.

Mukondeleli is on the verge of producing a world champion when Bonokoane opposes Argentinian Diego Alberto Ruiz for the actual WBF belt in October in a tournament that will be organised by J4Joy Promotions which staged both Bonokoane’s defences in Mpumalanga.

Mashego aims to turn fortunes of SA boxers around

Veteran boxing ring announcer Sipho Mashego intends to hit the ground running in search for a possible solution to the ancient problem of boxers ...
Sport
3 weeks ago

Vus’Umuzi Malinga says four rounds will be enough to give his charge Mpumelelo Tshabalala a clearer idea of what Sikho Motshani has to offer as a ...
Sport
4 weeks ago

Modisadife and Miya title fight promises magic in the ring

The match-up between Tiisetso Modisadife and Zolile Miya for the Gauteng flyweight title is outstanding and it talks to religious fight fans who have ...
Sport
4 weeks ago

Sizani fails to prove his mettle against Masamba

Lackadaisical. This is how uninspiring the performance of super-talented Luvuyo “Black Eagle” Sizani was against the less skilled but courageous ...
Sport
4 weeks ago

In an attempt to garner support for Gideon “Harcore” Buthelezi from his home in the Vaal, prominent boxing promoter Ayanda Matiti has invited leaders ...
Sport
4 weeks ago

Xolisani “Nomeva” Ndongeni is approaching his 10 rounder against Alvin “Time Bomb” Lagumbay from the Philippines with the same attitude he applied ...
Sport
4 weeks ago
Next Article