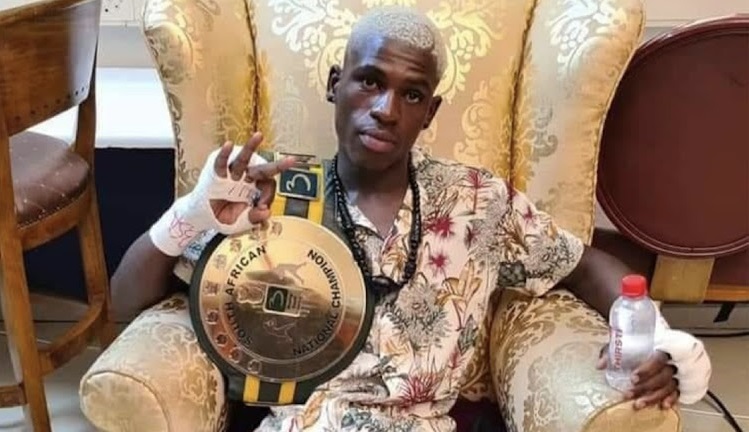 The fight took place at York Hall, Bethnal Green in England on Saturday evening. Ngebinyana first dropped Sexton in round four before going for the kill in the fifth, forcing the referee to intervene.

“We are deeply saddened by this,” said Perreira, who was informed by Sexton's manager that his charge had bleeding on the brain. “Sabelo is heartbroken and he has not even celebrated his win. We hope Ashley pulls through.”

The left-handed South African hurt the Englishman with body shots and it was clear early that the would not go the scheduled distance.

The future looks very bright for the firmer SA champion from Komani in the Western Cape whose career is guided in Johannesburg by little-known Perreira. This victory will definitely earn Ngebinyana a top rating by the IBF.

But the bad news is that the newly crowned champion could be in trouble with the authorities for sneaking out of the country on Thursday without a clearance from Boxing SA, whose medical advisory committee chair expressed his concerns about the findings of the CAT scan performed on Ngebinyana last year.

He did not recommend that the former undefeated SA  junior-bantamweight champion participate in any contact sport.  “The identified fracture on his right orbit can result in a fatal outcome should he continue boxing,” the report read and as a result the sanctioning committee did not clear the boxer.

Meanwhile, Tyson Fury retained his WBC heavyweight title with a stunning sixth-round KO of Dillian Whyte in front of a reported crowd of 94,000 at London’s Wembley Stadium on Saturday night. The champion insisted that he was done with boxing. He retired.

Tyson Fury emerged unscathed from a turbulent fight week to cement his place among the greats of heavyweight boxing with a stunning TKO win over ...
Sport
2 months ago

Today marks 21 years since SA proved to be a global player in hosting “A” list sporting events.
Sport
2 months ago

The recent hyped up and successful celebrity boxing match between Cassper Nyovest and Anga Makubalo at Sun City made fans and the board members of ...
Sport
2 months ago
Next Article