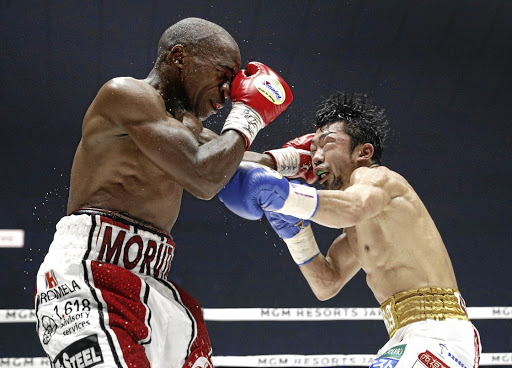 He took this stance after owner Rudi Westhuizen failed to honour their verbal agreement of a R20,000 sponsorship for Mthalane in his third defence against Akira Yaegashi in Japan in December .

The 38-year-old champ stopped Yaegashi in nine rounds. He has now resigned as one of the personal trainers employed at Fight Club SA in Honeydew, Johannesburg.

The establishment is home to some 80 pro boxers. One of them is charismatic former world champion Xolisani "Nomeva" Ndongeni who hones the skills of celebrities in Johannesburg.

"I approached Rudi for the sponsorship and he agreed to sponsor me," said Mthalane yesterday.

"The deal was that I include Fight Club SA's logo on my fighting gear which I did. He received publicity. It is now seven months since I fought and he has not paid me. When I reminded him about my money last week he said he did not like my attitude.

"I felt disrespected so I resigned."

The boxer - who earned over R2 million for his last fight - went as far as to post his disappointment on social media where he wrote: "On December 23 2019 during my boxing fight in Japan I was sponsored by Fight Club SA, we agreed that they would give me some cash after the fight. It's been seven months now they never paid me my money. I don't take Fight Club SA seriously anymore they are a joke."

Westhuizen did not deny owing Mthalane; he said he pleaded with him last week to be a little bit patient.

"I told him it's now four months of lockdown and we have not earned but the moment everything goes back to normal he will get his money.

"Mthalane has worked four years for us and we pay him his salary every month even on occasions where he takes the whole month off to prepare for a fight. We don't pay to be represented on guys' gear."

Call it misdirection if you like but accomplished boxing trainer Colin "Nomakanjani" Nathan describes it as a well-calculated business decision.
Sport
1 year ago

He may be gone but his spirit will live forever. That is how Zolani "Last Born" Tete and Moruti "Baby Face" Mthalane, the country's top professional ...
Sport
2 years ago
Next Article