Mthalane in pantheon of boxing greats 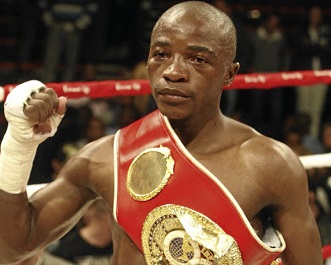 Whatever happens to Moruti "Baby Face" Mthalane in the third defence of his IBF flyweight belt in Japan on Monday will not displace his name in the history books as SA's greatest flyweight of all time.

One would argue that Jacob "Baby Jake" Matlala - the shortest boxing world champion ever - was the man.

So, it is not easy to tell where exactly he stamped his authority whereas Mthalane has boxed for 19 years as a flyweight fighter, where he has held the IBF and IBO belts.

The ferocious puncher, who is known for his relentless attack, will face former WBA mini flyweight, IBF junior flyweight and WBC flyweight Japanese champion Akira Yaegashi in Yokohama on Monday.

Mthalane's first world title was the same IBF he won in 2007. He defended it successfully five times before vacating it in 2013.

He then won the IBO belt but later on spent two years without action.

Mthalane then joined TK Promotions, which brought him back into action.

Mthalane's consistency made it possible for his new trainer, Colin Nathan, to use his influence within the IBF to consider him for the vacant title the boxer won in 2017.

Mthalane defended his belt twice in Macao and Japan.

Mthalane, Nathan and assistants Vusi Mtolo and Bernie Pailman had been in Japan for a week already to face the 36- year-old challenger, who is rated No 14 by the IBF.

Mthalane has only two losses - a controversial stoppage to Nonito Donaire and Nkqubela Gwazela - against 38 wins, with 25 knockouts.

Yaegashi has lost six of his 34 fights.

"We are looking forward to a successful defence; keeping both the South African and African flags flying high for boxing," Nathan said yesterday.

SA pins its hopes on 37-year-old ring veteran Moruti Mthalane for representation among the best fighters in the world now that Zolani Tete's world ...
Sport
1 year ago

Zolani “Last Born” Tete zigged when he was supposed to have zagged in front of John Riel Casimero‚ who shattered his dreams of retaining the WBO ...
Sport
1 year ago

Tete vows: I'll be back