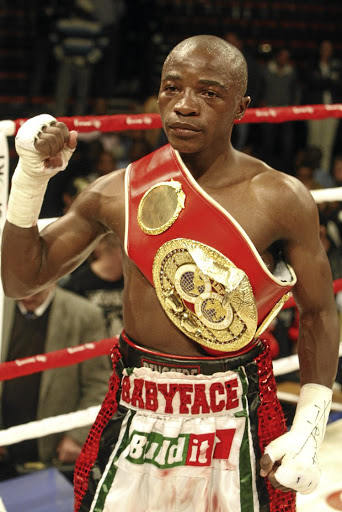 The reigning IBF flyweight champion's heroism last year has earned him the special achievement award from the IBF.

"I feel proud to have flown the South African flag higher. Ngingathi nje ngiyabonga kubaphathi bami. I am looking forward to making another defence."

He may be gone but his spirit will live forever. That is how Zolani "Last Born" Tete and Moruti "Baby Face" Mthalane, the country's top professional ...
Sport
1 year ago

His elated trainer Colin Nathan said: "Moruti has given me my finest and memorable moments in boxing. When he joined me in 2015 some people said I was wasting my time because of his age.

"But he went on to win the IBF belt and has defended it against three top challengers in their backyards. I will be shocked if he does not win BSA's Boxer of the Year Award, and I have no doubt he will inducted in the International Boxing Hall of Fame in New York."

Mthalane remains undefeated after 11 years since he lost to then IBF champion Nonito Donaire in Last Vegas in 2008.

Mthalane has won all 16 fights consecutively, with 11 stoppages. He has been a professional boxer for 20 years.

RAP CEO Nomfesane Nyatela said: "It's so gratifying to get recognition for what you do with love despite the challenges and at times the tribulations we go through. Forward we go."