Making of Gerrie Coetzee documentary to start in July 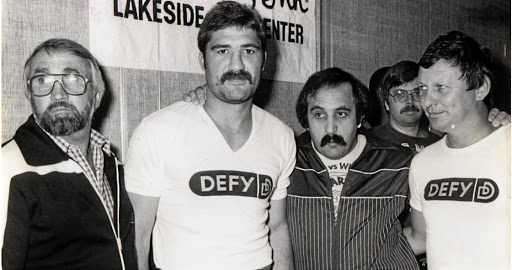 The shooting of the documentary of distinguished former heavyweight boxing champion Gerrie "Boksburg Bomber" Coetzee will start in July in various locations in SA before the American production team heads to Ohio, Cleveland.

Ohio is where Coetzee won the WBA belt from Michael Dokes back in 1983.

He knocked Dokes clean out in the 10th round and became the first African boxer to fight for and win the WBA heavyweight belt.

"The producers expect to premiere the film in December," said Strydom. "Let's just hope that the lockdown will be over [by that time]. The production will continue in Washington and at the Richfield Coliseum in Ohio ."

Strydom said the film company's interest in Coetzee was aroused when he was honoured by the Hollywood and African Prestigious Award in California in 2017.

The fact that Coetzee was against apartheid and that his attitude made it difficult for him to get sponsors despite him being the world champion also got the Americans interested in his life.

It was Strydom who actually saved Coetzee's fight against Dokes. Strydom's connections with Defy - SA's largest manufacturers and distributors of major domestic appliances - bankrolled the fight.

The 65-year-old Cape Town-based Coetzee told Sowetan yesterday the shooting was supposed to have begun in March. "The lockdown due to the coronavirus forced the postponement. They will be coming in July if all is well."

Liam Hemsworth, a 30-year-old actor from Australia, will play Coetzee. Strydom said a number of local actors would also be involved.

"The producers had hoped for Charlize Theron [US-based SA actor and film producer] to play the part of my wife but she demanded a lot of money, $15 million," said Coetzee.

"My opponent Mike Weaver and James Dickson [sparring partner for the Weaver fight] will be involved."

Coetzee lost to Weaver for the same WBA belt at Sun City in 1980.