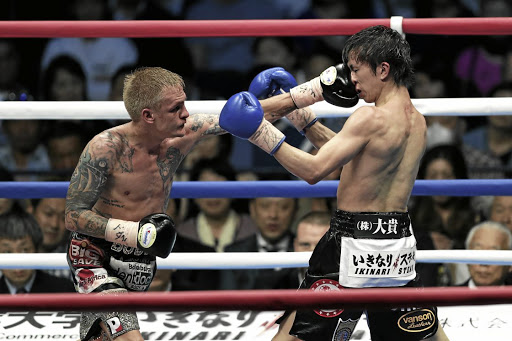 Top boxing promoter Rodney Berman says sceptics are in danger of failing to enjoy the current successes of a number of SA boxers if they focus in harking back to the past.

"The trouble with harking back to the distant past is that you are in danger of failing to enjoy what's in front of you," warned the Golden Gloves boss.

Berman used to stage super bouts in SA, including the heavyweight world championship between Americans Lennox Lewis and Hasim Rahman at Carnival City in Boksburg in 2001.

"Seeing all this piffle about bringing back boxing's glory days, I'm forced to borrow a line from tennis great John McEnroe - are you serious?" asked Berman.

"Every Johnny-come-lately who rides into town to rescue SA boxing trots out the line about the glory days. Frankly, it's an insult to the fighters, to broadcasters like SuperSport and to Emperors Palace, the Caesars Palace of South Africa, not to speak of other promoters who have long done good work.

"The glory days were when Vuyani Bungu, Gerrie Coetzee, Brian Mitchell and others were active, but it's also true that the glory days are now with Zolani Tete, Kevin Lerena, Thulani Mbenge, Hekkie Budler and Moruti Mthalane. You'd have to be blind not to recognise this."

Five other local boxers - Simphiwe Konkco, Deejay Kriel, Mthalane, Tete and Lerena - are rated highly by The Ring magazine, especially Tete, who occupies the No 1 spot in its bantamweight class.

Mthalane will oppose Muhammad Waseem for the vacant IBF flyweight title in Kuala Lumpur on July 15.

Berman continued: "In recent years, we've had tremendous fights featuring SA boxers with broadcast standards to match anyone in the world.

"We no longer have stadium fights, but the world has evolved and instead we have smaller shows far more often than in the past.

"There is talent everywhere. The Eastern Cape remains a hotbed and we routinely see SA boxers involved in major international fights."