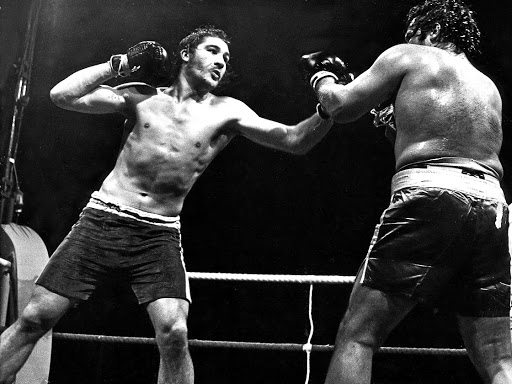 Today marks exactly 41 years since South Africa witnessed one of the dirtiest local shootout between Gerrie "Boksburg Bomber" Coetzee and Mike "The Tank" Schutte at Westridge Tennis Stadium in Durban.

Gerrie's SA heavyweight title was on the line for the first time since he won it with a ninth round stoppage of Jimmy Richards on April 4 at the Portuguese Hall.

On that day, August 16 1976, referee Bobby Mazzoni worked tirelessly to try and instil discipline. Schutte applied every dirty tactic in the book - holding, hitting below the belt, elbows, rabbit punches, kicking and head-butting. Eventually, Mazzoni disqualified him in the sixth round.

Schutte passed on in 2008 at the age of 57. Coetzee, meanwhile, went on to win the WBA title in 1983, knocking out American Michael Dokes in the 10th of their 15-rounder.

That was Coetzee's third attempt at the crown, having lost to Americans John "Big" Tate at Loftus in Pretoria in 1979 and Mike "Hercules" Weaver in Sun City, North West, in 1980.

Coetzee became the first ever boxer from Africa to fight for, and win, a heavyweight championship. He lost it to American Greg Page, also in Sun City, in 1984. Coetzee retired in 1979 with 33 wins, 21 KOs, against six losses and a draw. He turned 63 on April 8.