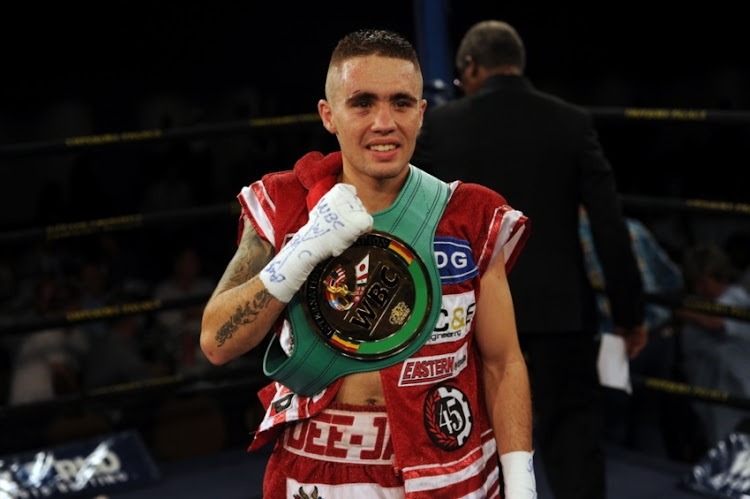 South Africa has a proud history on the world boxing stage. Back when only one world title existed, Vic Toweel was the only South African to make it to the top of the pile, winning the world welterweight title in 1950.

Three years later, Gerrie Coetzee became the latest "great white hope" when he knocked out Michael Dokes in the 10th round to win the WBA heavyweight title.

Two years after that, in 1986, the man many regard as South Africa's finest ever world champion, Brian Mitchell, won the WBA junior-lightweight title with a 10th-round knockout of Panamian Alfredo Layne at Sun City.

Then in 1990, the country produced its first world IBF champion when Welcome Ncita captured the junior- featherweight title after defeating Fabrice Benichou in Israel.

Ncita's stable-mate Vuyani Bungu from the famed Eyethu Gym of Mzimasi Mnguni claimed the same title from Ncita's successor, American Kennedy McKinney, in 1994 in front of a big, elated crowd inside a marquee at the Carousel in Hammanskraal.

Bungu went on to defend that title 13 times and that record still stands.

Corrie Sanders the produced the upset of the year in 2003 when he ended the reign of Wladimir Klitschko as the WBO heavyweight champion in Germany. It then took South Africa 14 years to produce another WBO titlist when Zolani Tete won the bantamweight strap in 2017.

Hekkie Budler rewrote the history books by becoming the Ring Magazine champion after 68 years, after he had won both the WBA and IBF junior-flyweight belts in May last year. The last South African to wear the Ring Magazine belt was Toweel, who also won the bantamweight title in 1950.

Just last month, Budler's former stable-mate at the HotBox Gym of trainer Colin Nathan, Deejay Kriel, captured the IBF straw weight belt in his adopted country of America. He is the 18th South African boxer to win that belt.