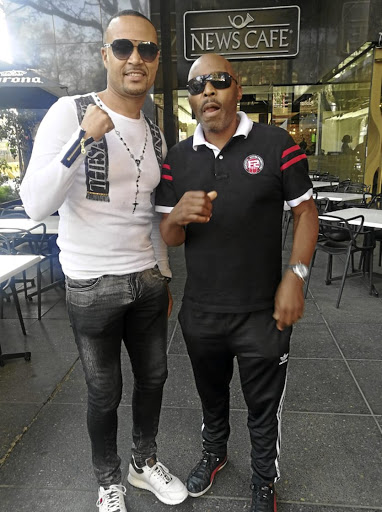 Elias Tshabalala says April 24 will remain a special day in his life as a boxing trainer.

That is because he made his critics eat humble pie by producing his first world champion when Cassius "Shy Guy" Baloyi defeated Sergio Liendo for the WBU featherweight belt in San Jose in the US on this day in 1998.

That was Tshabalala's first trip alone. He had been an assistant to Nick Durandt who helped Baloyi win his first world title - the WBU junior-featherweight title against Frankie Toledo in the US - in 1996.

Tshabalala later left Durandt and opened his gym at the Carlton Centre in Johannesburg where he trained the country's best boxers, including Baloyi, Jacob Mofokeng, Thulani Malinga, Dingaan Thobela and Silence Mabuza.

"I was not given even the slightest chance with Baloyi," recalled Tshabalala. "I also came under heavy criticism. Some people said how can Nick's bucket boy go overseas in a world title fight? They predicted Cassius would lose.

"I did not retaliate but instead I went over there and helped Cassius win the title. That's when people recognised my abilities. That win was followed by Mofokeng winning the WBU cruiserweight belt [stopping Ryan Poletti], also in the US."

Tshabalala, who was never honoured for his achievements as a trainer, now promotes boxers with his younger brother Fanakhe under Fantastic 2 Promotions.

Baloyi said: "I was confident of winning against Sergio in 1998 because of my preparations. Sergio was tough and he always came forward but Elias had prepared me for a tough fight. Elias was a very good trainer. It was a good night for us."

Champ promises to work even harder.
Sport
2 years ago
Next Article