'Rethink your future', Lebohang Mokoena urges fellow players not to rely on football 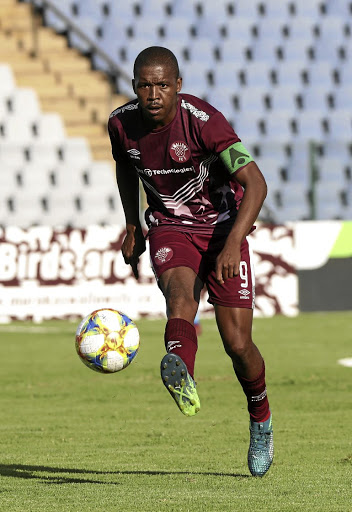 Lebohang Mokoena of Swallows says the lockdown has given SA a chance to reflect on life. /Gavin Barker/BackpagePix

Swallows captain Lebohang Mokoena believes the lockdown has given the country a chance to do some introspection on our social ills including alcohol abuse and moral degeneration.

The country has been under lockdown for four weeks now in an effort to contain the spread of the coronavirus.

In some ways, the lockdown has restored order as the abuse of alcohol has been stopped while there are less road deaths and crime.

"I felt that we have lost our way. The youth are disrespectful to elders. Morality and our values are gone and as Africans we have forgotten our cultures," Mokoena told Sowetan.

"This period is a time to reflect about what we have been doing wrong and what can be fixed. Hopefully, this can be the turning point for us as a nation.

"We should find a solution to the alcohol problem. Maybe we need tighter restrictions on the sale of alcohol."

The 33-year-old also hopes that the lockdown will encourage players to start to think about life after football early.

"We need to be better prepared as footballers about what happens after hanging up your boots," he said.

"This is uncertain times for sports and football in general. What would happen if it were all to end? Do our players have tertiary qualifications? How can we put food on the table outside of football?"

A few seasons ago, Mokoena was clubless and struggling to remain focused. A career lifeline came when former Maccabi FC coach Mokete Tsotetsi gave him a chance.

Maccabi later changed to Swallows after a buyout.

"I was not with a team for a long time and I have to thank coach Mokete who gave me an opportunity. Prior to that I trained for three weeks with Highlands Park but it didn't work out," he said.

The Diepkloof-born winger emerged as the captain of the new-look Birds after the club's return to professional football.
Sport
2 years ago

Is this the decider?

This type of attitude and commitment bodes well for us: AmaTuks coach

University of Pretoria coach Steve Barker says he is encouraged by comments from Mamelodi Sundowns' Pitso Mosimane and feels his young Pretoria ...
Sport
8 years ago
Next Article