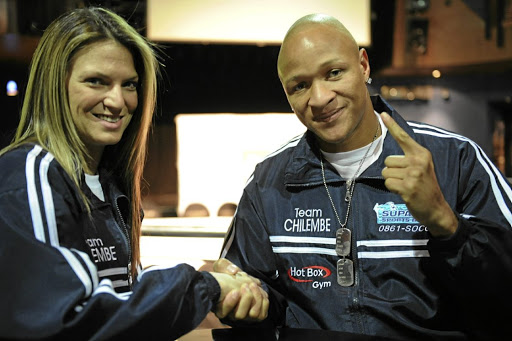 The illustrious boxing career of Isaac "Golden Boy" Chilemba looks to be fading.

The 32-year-old SA-based Malawian - whose career is guided here by Jodi Solomon, one of the few females who manages fighters - suffered a unanimous points loss to Maksim Vlasov in Russia where the two protagonists met for the unknown Eastern Boxing Parliament light heavyweight title on Saturday night.

Chilemba - who defeated Vlasov eight years ago - lost the fight on all three judges whose cards read 117-110; 116-111 (twice). Vlasov also grabbed the WBO Global belt. He improved to 44 wins against three losses - a record that does make him a better boxer skilfully against Chilemba.

Chilemba - who turned professional under Nick Durandt in Brakpan in 2005 - has been in there with far better opponents. He beat some - Wilberforce Shihepo, Doudou Ngumbu and Edison Miranda and drew with talented left-hander Thomas Oosthuizen before losing to the likes of Tony Bellew, Eleider Alvarez and Sergey Kovalev.

Chilemba, who is trained by both Solomon and American boxing icon Roy Jones Junior, had not fought since losing to Dmitry Bivol for the WBA light heavyweight title a year ago. The former ABU super middleweight, ABU, WBC International and WBO Africa light heavyweight champion, suffered his seventh defeat against 25 wins and two draws.

Chilemba is one of the few African fighters to have been involved in a unification bout which he lost to Kovalev for the IBF, WBA and WBO light heavyweight belts in 2016.