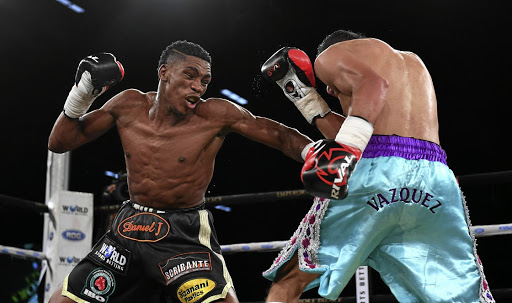 The pain of losing his IBO welterweight title is a bitter pill to swallow for Thulani Mbenge.

Mbenge recently lost his belt to Sebastian Formela in Germany.

But the boxer nicknamed "Evolution", who recently returned from his trip to Germany, believes the rand-dollar exchange will see more South Africans lose their titles on foreign soil.

Local boxers win titles at home, but the pressure of fighting on foreign soil becomes too much for them to handle.

A promoter like Rodney Berman is doing the best he can to ensure that local fighters compete for world titles.

Mbenge had to travel to Germany where he lost his belt to Sebastian Formela.

Mbenge - who tasted defeat outside SA in what was his first fight away as a professional - pleaded with the government to assist the likes of Berman in grooming local talent.

Mbenge was undefeated in 14 fights before he went to Germany.

"I did not feel that I was defeated by Formela, but rather by the hostile environment," he said.

"I am one strong individual mentally," said the dethroned champion from Mdantsane.

"I now know who I am. I went there in someone's home ground and definitely people were against us, but I found that mentally I was able to ignore all those things.

"I never felt like I lost the fight and instead I felt positive and proud of myself," Mbenge said.

"This is the evolution - it will never stop," he said.