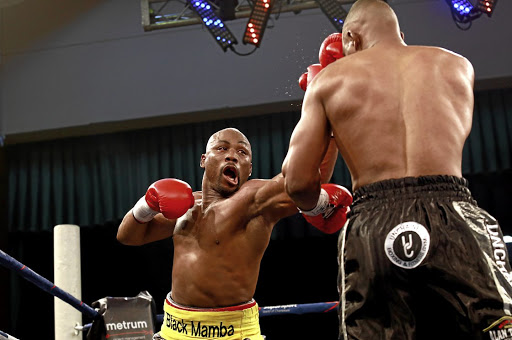 Two judges scored the closely-contested 12 rounder 116-112 and 115-113, while their colleague scored it a draw at 114-114. That resulted in Phuzi retaining his WBA Pan African cruiserweight belt by a majority decision.

"The judges know deep in their hearts that Akani did not win this fight... instead they just did him a favour, because he fought at home. Giving someone a win when he does not deserve is terrible for the sport of boxing.

Akani "Prime" Phuzi is not into boxing purely because he loves the smell of gloves and enjoys the pain. He wants to become a dual world champion. ...
Sport
2 years ago

"That is why our boxers are found wanting in Europe, because there are no favours there. Akani won't go anywhere if they continue doing such favours for him."

Moses added: "I have been advised to write a formal complaint with the WBA regarding the verdict."

There were no knockdowns. It looked to be anybody's fight until the 10th round. Akani gave the fight away in the last two rounds, while 36-year-old Shihepo finished strong as he was the one throwing leather.

Phuzi's trainer Alan Toweel Junior said: "The more effective blows were landed by Akani. It was very close fight, but I have no doubt that Akani took it. I told Akani before the fight that this was going to be a tough fight and he must not try and knock Shihepo... I am adamant that we are not ready for SA champ Thabiso Mchunu."

Meanwhile, Colleen McAusland was also peeved that her boxer Paul Mangxilana lost a fight she believes he won against Phuzi's stable-mate Jeff Magagane over eight rounds. "We are definitely going to demand a rematch," she said.

The professional boxing career of undefeated cruiserweight Akani “Prime” Phuzi from Malamulele in Limpopo is starting to heat up.
Sport
3 years ago
Next Article