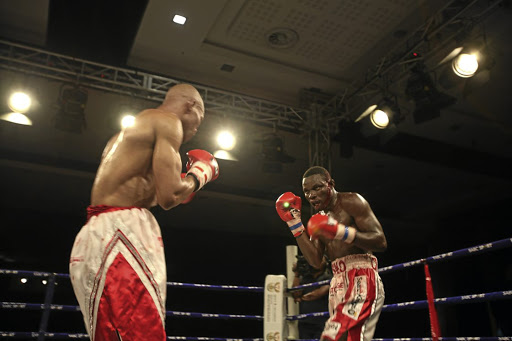 Is boxing trainer Emmanuel Mutavhatsindi getting accustomed to losing fights to unknown fighters of late?

While the boxing fraternity is still trying to come to terms with Maemu's loss to a boxer a supposedly inferior opponent, Mutavhatsindi jets off to the same country today.

His other charge, Tsiko Mulovhedzi, will attempt to redeem himself by winning the lesser-known WBA Asian East welterweight title on Monday.

Mulovhedzi, who has become a pale shadow of the amazing fighter who stopped Ali Funeka in five rounds for the IBO belt in 2015, will take on five-fight newcomer Shakhabas Makhmudov.

The 22-year-old boxer from Makhachkala has boxed only eight rounds in the professional ranks while 36-year-old Mulovhedzi, from Vhembe, has boxed 164 rounds in 24 fights.

Mulovhedzi is coming off consecutive losses, to Laszlo Toth for the IBO Intercontinental title and Zino Meuli for the WBF International title in Switzerland.

"We've prepared the same way we did when he challenged Ali Funeka. "Defeat in this WBA Asian fight could signal the end of Tsiko's career but I can tell you that we are bringing this title back."

Maemu, meanwhile, should have been too much for a seven-fight novice like his conqueror Kamirov.

Yet it was not his first defeat in Russia, having previously lost to Shavkatdzhon Rakhimov for the IBO junior-lightweight title there.

The truth is that Maemu has never been the same since he parted ways with trainer Alan Toweel Junior.

Mutavhatsindi is, however, remembered for the sterling job he did with Bukiwe Nonina, making her the first female boxer in local boxing history to claim ownership of the South African championship belt after the five required title defences.

Boxer Ali "Rush Hour" Funeka has no business being in the ring and should have quit the sport a long time ago.
Sport
3 years ago

Sandile Xaka says his boxing tournament will be part of the Nelson Mandela's centenary celebrations.
Sport
3 years ago
Next Article