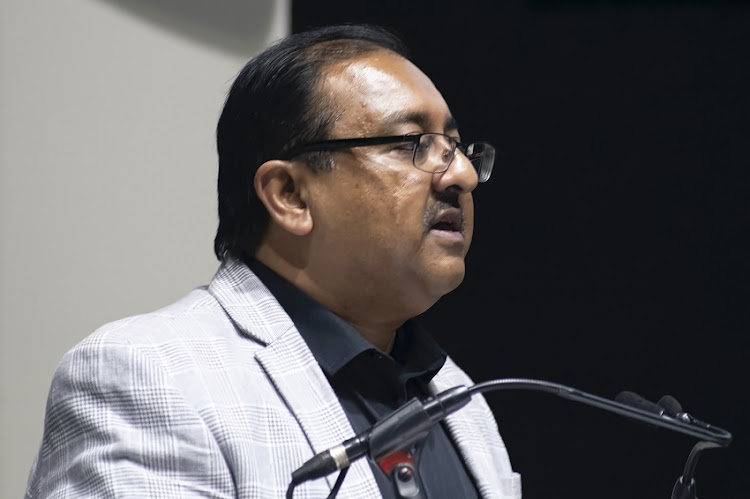 The cash-strapped SA Sports Confederation and Olympic Committee (Sascoc) says it expects to post a deficit of more than R8m in the coming financial year‚ warning it might not be able to send a team to the age-group Region 5 Games in Lesotho later this year.

But he added they expected to spend R47.4m.

“This budget excludes team delivery‚” Govender told a joint sitting of Parliamentary committees via a digital hook-up on Wednesday.

He said the cost of legal disputes‚ which has taken millions of rands over the years‚ were not budgeted for and added that the delivery of a team to the Region 5 Games was not catered for either.

The games were‚ like the African Games‚ a governmental enterprise for which Sascoc received no extra funding‚ Govender said.

He pointed out that Sascoc had come under severe pressure after the National Lotteries Commission had cut its funding by R100m a year since 2017.

Lotto redefined Sascoc as a national federation‚ resulting in its annual allotment being capped at R5m.

The Sascoc board came under fire from many of the parliamentarians‚ some of whom questioned the appropriateness of having Govender holding the acting CEO and acting CFO positions.

Board member Cecilia Molokwane replied that the board had attempted to solve this by having the COO‚ Patience Shikwambana‚ take over more administrative duties while Govender focus on the financial side.

Shikwambana had previously been dismissed as acting CEO.

But many of the questions displayed a high level of ignorance of the issues facing Sascoc by the committee members.

One even suggested the minister dismiss the Sascoc board and replace it with his own board — that person obviously doesn’t know that government interference is considered taboo by international sports bodies and can result in suspension.​