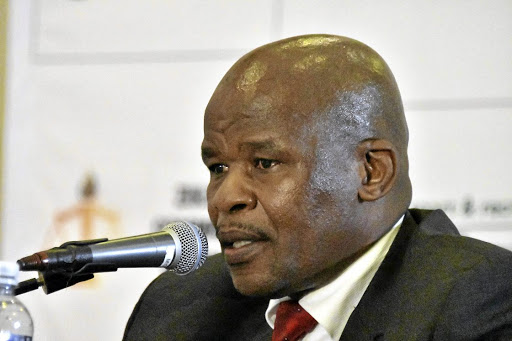 Gloves are off as Athletics South Africa (ASA) has given South African Sports Confederation and Olympic Committee (Sascoc) until 4pm today to respond to an ultimatum to reinstate their president Aleck Skhosana as Sascoc's presidential candidate.

If the demand is ignored by Sascoc, ASA has threatened to take legal action.

Skhosana was disqualified as Sascoc presidential candidate last Friday because ASA apparently didn't include a certificate of him as a member of ASA in good standing.

But ASA strongly denied this and insisted that it submitted all the relevant documentation to Mazars auditors that were appointed by Sascoc.

ASA legal advisor Dev Maharaj warned that they will take the matter to arbitration should Sascoc fail to respond to the demands before close of business today.

"There are five simple documents that have to be submitted to the nomination committee and it is inconsiderable that in so few documents required that one will be omitted," Maharaj said yesterday.

"We have written to Sascoc via emails and they have not responded to us. We have also written to acting CEO Ravi Govender and he too has not responded. So, we are giving them until tomorrow (today 4pm) to respond. Should they fail to do so, we will take other steps going to arbitration."

Skhosana, however, remains confident that Sascoc will overturn their decision and reinstate him.

"There is a deliberate sabotage. We suspect foul play from auditors. There is something wrong with their counting.

"I did accounting and know how to check a missing document myself.

"There are attempts to block me from running for the presidency, but I have news for my detractors, I'm unstoppable and will not quit."