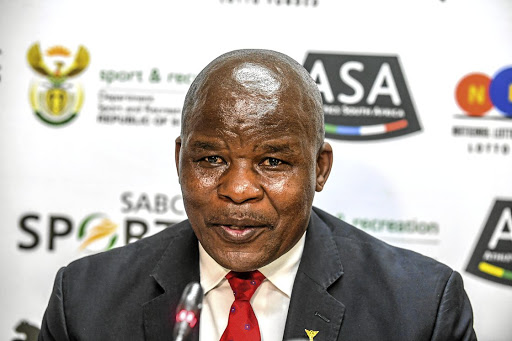 Having been granted his wish of becoming the SA Sports Confederation and Olympic Committee (Sascoc) president, Aleck Skhosana will hope to clean up the mess the umbrella body finds itself in as soon as possible.

By being a board member and Sascoc's second vice-president, Skhosana has now been elevated, something he always desired.

The troubled Sascoc finds itself having to deal with disputes before the elections are held, and Skhosana will have a lot of work trying to rescue's the organisation's reputation.

Among other things, Hendricks has been accused of blocking Tennis SA board member Ntambi Ravele's nomination for the Sascoc presidency. Ravele took the matter to arbitration.

Suspended Sascoc president slams minister Mthethwa, calls for board to be dissolved

Barry Hendricks has hit back at his suspension as acting president of the SA Sports Confederation and Olympic Committee, saying the organisation’s ...
Sport
1 year ago

Last month, Skhosana had also alleged that he was being blocked for the same position, and that his name was illegally removed from the list of nominees.

He was subsequently disqualified but went on to lodge an appeal against the Sascoc Integral Elections Committee. Skhosana's case has also been taken to arbitration.

Sascoc acting CEO Ravi Govender confirmed that according to their constitution Skhosana is now their acting president until further notice.

"The board has resolved that Skhosana will now sit on the chair of Sascoc as the acting president until the investigation process and arbitration involving he and Ravele are completed. We will use our judicial body to conduct the investigation," Govender said.

Sascoc elections were supposed to be held on March 28 but were postponed because of coronavirus.

That was a blessing in disguise, according to Govender, as it gives Sascoc enough time to deal with the complaints from Ravele and Skhosana.

"Hopefully in three weeks or so we can sort the [matters] out and start to formalise the elections.

"That gives us enough time to deal with these many issues," Govender added.